From Zelda Dungeon Wiki
Jump to navigation Jump to search
Want an adless experience? Log in or Create an account.
Mama's House 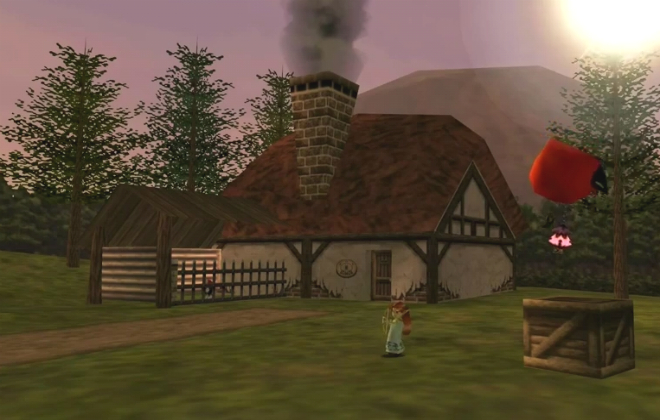 Mama's House is a location featured in Majora's Mask.[1] It is located within Romani Ranch, which lies to the southwest of Termina. Within the Ranch itself, the house is found in the northern section next to the cow barn. This location is the home of the Ranch owner, Cremia and her younger sister Romani. Outside of the house there lies a small stable were Link's horse, Epona rests. The house itself contains two floors, the first floor contains the living room and kitchen while the upstairs are were both Cremia's and Romani's bedrooms are found.

This location doesn't serve much purpose in the main plot, however it does play a role in Link obtaining Epona. When Link first enters the ranch he sees his trusty steed, Epona, off in the distance. However the young hero is unable to be fully reunited as the stable gates block him from reaching Epona. Link must talk to Romani, who is located just outside the main house. She tells Link that "they" are coming and that every year when the carnival draws closer they abduct the cows from the barn.[2] She later goes on to ask Link to be her assistant as she's planning to stop them.[3]

Link must first practise by Shooting balloons located around the ranch while on Epona.[4] If the young hero manages to shoot all ten within the two minute time limit then Romani trusts Link to be her assistant. Romani insists that Link should practice more with Epona and teaches Link "Epona's Song".[5] This now allows Link to obtain Epona from the small stable outside of the house.