From Zelda Dungeon Wiki
Jump to navigation Jump to search
Want an adless experience? Log in or Create an account.
Secret Shrine 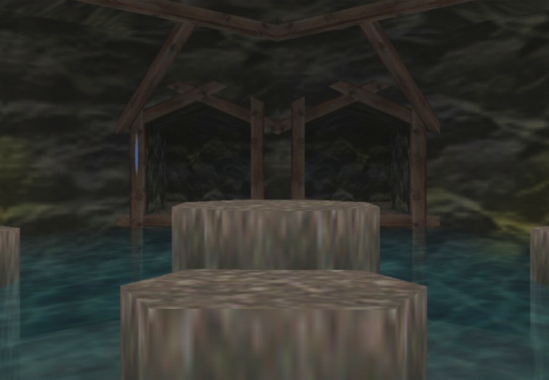 The Secret Shrine is a location in Majora's Mask. It is situated in the region of Ikana. More specifically, it is located within the southwest section of Ikana Canyon. In the canyon itself, the Shrine is found behind the waterfall that runs through the river.[1] Within the Shrine is the familiar face of the Poe Collector, as well as four Mini-Bosses that Link previously encountered earlier in the game.

Link can only enter the Secret Shrine once he has obtained the Light Arrows from the treacherous Stone Tower Temple. Link can then strike the sun symbol that lingers above the entrance, thus opening the door. Inside, Link once again meets with the Poe Collector. He acknowledges that Link has managed to send the wandering spirits to rest.[2] He then tells the young hero that lingering spirits are waiting for him in the rooms of the Shrine.[3]

Link must enter the four rooms within the Shrine, each room houses one of four familiar Mini-Bosses that Link previously encountered earlier in the game. Once Link has defeated one of the Mini-Bosses, he is gifted with a Silver Rupee. When the young hero has defeated all four of the Mini-Bosses, he once again meets with the Poe Collector. The mysterious figure acknowledges Link's efforts before disappearing into thin air.[4] Link can now open the Treasure Chest that appears in the center of the room, which contains a Piece of Heart.