From Zelda Dungeon Wiki
Jump to navigation Jump to search
Want an adless experience? Log in or Create an account.
Bombers' Hideout 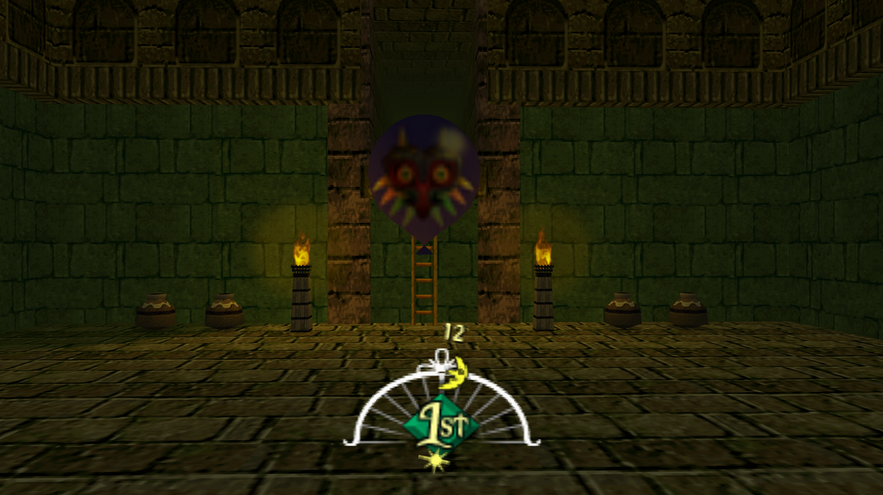 The Bombers' Hideout is a location in Majora's Mask. It is an underground access-way that connects East Clock Town with Astral Observatory.[1][2][3] It includes a small canal, a few Skulltulas, and a hidden Silver Rupee valued at 100 Rupees.

This location is vital in the early stages of the game, as it is the only way the young hero can make his way through to the Astral Observatory. However, Link is denied access upon trying to pass a member of the Bombers Secret Society of Justice, as he says to Link that he needs a password to enter. After talking to Jim, the leader of the Bombers, Link takes part in a game of hide and seek. After finding all five members, Jim tells the young hero the password, which enables him entry to the Hideout.

There isn't much to do in the Hideout itself, as its main purpose is to connect Clock Town to the Astral Observatory. However, Link can cross the shallow water and find a cracked wall. Placing a Bomb or alternatively using the Blast Mask blows up the wall and inside the Treasure Chest is a Silver Rupee. Continuing on through the Hideout, Link finds a small balloon with the symbol of Majora's Mask on the front. Using the bubble attack, Deku Link can pop the balloon and access the ladder, which leads to the entrance of the Observatory.