From Zelda Dungeon Wiki
Jump to navigation Jump to search
Want an adless experience? Log in or Create an account.
Goron Racetrack 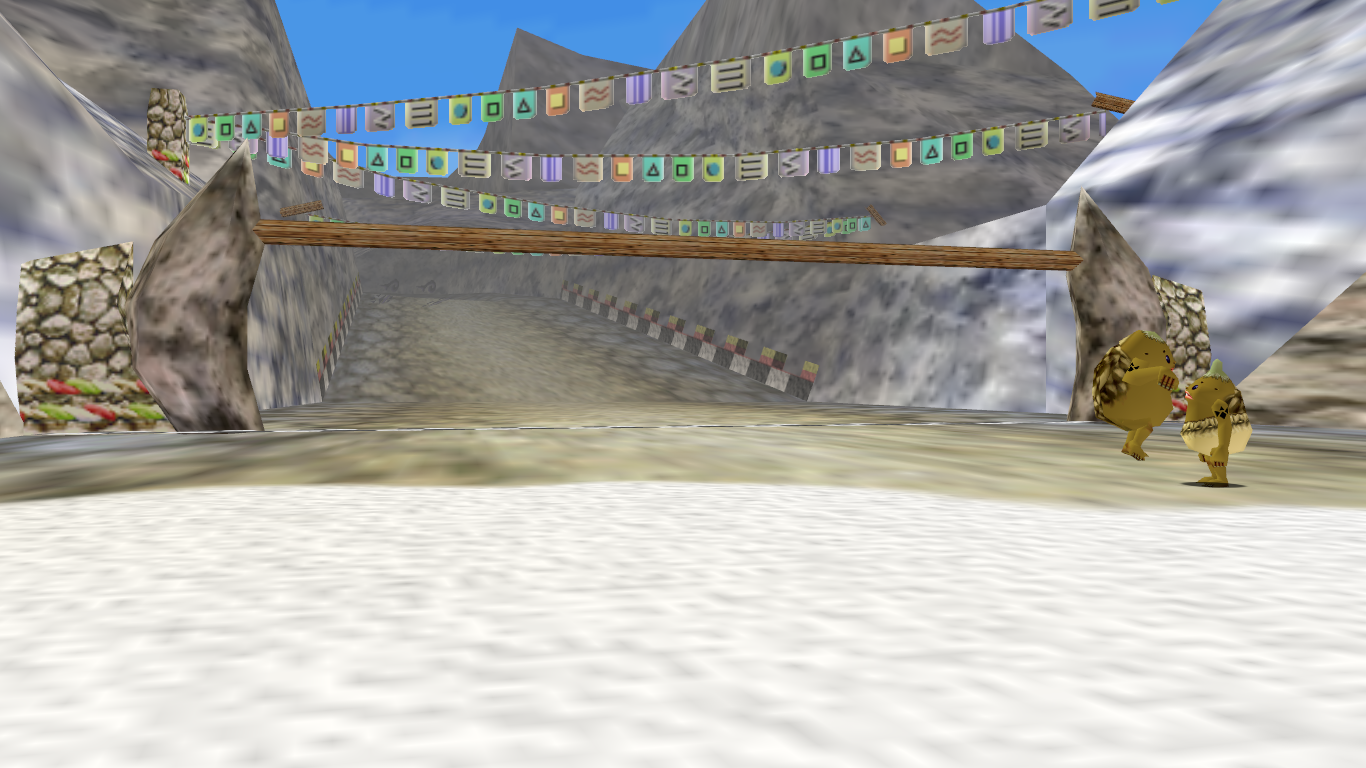 Once Link has defeated the evil within Snowhead Temple, the harsh winter lifts, the season turns to spring, and the Goron Elder's Son also returns to his normal state.[4]With the arrival of spring, the Goron Racetrack is open for business, but a large boulder blocks the way. Link gets a Powder Keg from the Goron Powder Keg Shop and destroys the boulder. This gives Link access to the Racetrack, where he speaks to the Goron Elder's Son to start the race.

The mini-game itself doesn't cost any Rupees; it only requires Link to be in Goron Form and for the region to be in spring.

Before the race starts, the Gorons prepare for the race. This race requires Link to use the Goron Mask to roll at high speeds. While racing, Link can roll into the Magic Jars, which fills up his Magic Meter. Goron Link must also watch out for the many obstacles on the Racetrack including Bomb Flowers, small trees, and even opposing Gorons. When Link has taken first place, he is rewarded with Gold Dust from the Goron Elder's Son, as a prize from the Goron Elder himself. The Gold Dust can be used to forge the Razor Sword into the Gilded Sword at the Mountain Smithy.[5]