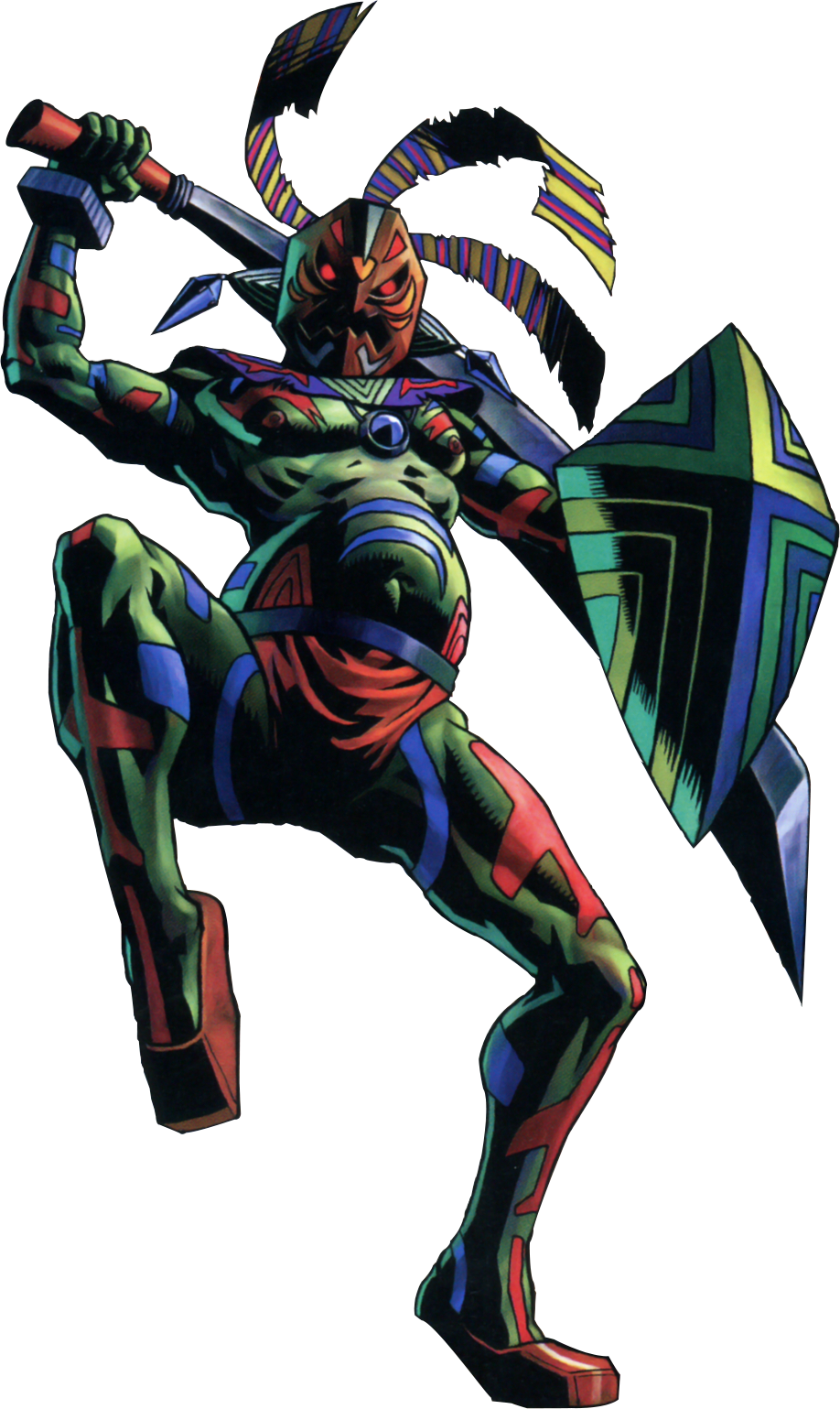 Masked Jungle Warrior: Odolwa is the Boss of Woodfall Temple, the first Dungeon in Majora's Mask. Link can find Bombs along the edge of the wide open area to aid him in the battle.

Odolwa possesses a variety of attacks, including moths and other insects, which can be defeated for Recovery Hearts. His primary attacks are to spin his sword quickly with great range, which can be difficult to avoid, and a downward slash. He defends himself with a shield, mostly attacking with a large sword. Odolwa also creates a ring of fire around Link periodically, which makes his spin attack much harder to avoid.

The methods in defeating him are diverse. The Bomb Flowers in the room, Blast Mask, or Bombs can be used, and Link's Sword when he is stunned. An easy method for stunning him involves shooting him with an Arrow while he is dancing or summoning his moth friends. If Link tries during his other attacks, he may simply block with his shield. Once stunned, Link should close in and slash his knees for as long as he can. The Deku Mask is an option as well, since his insect friends leave Deku Link alone, allowing Link to use the yellow Deku Flower in Odolwa's defeat. The only problem is his fire attacks when in Deku form, which effectively kills Link.

When defeated, Odolwa is reduced to Odolwa's Remains, which Link collects along with a Heart Container. After the battle, Link is transported to a mysterious, dream-like location where he meets the Swamp Giant and learns the Oath to Order. After his defeat, Link is transported to a new room and if he cuts the vines, he finds the Deku Princess. Link does not have to bring her home in a Bottle unless he wishes to, but it is required to do so for the Mask of Scents.