From Zelda Dungeon Wiki
Jump to navigation Jump to search
Want an adless experience? Log in or Create an account.
Spirit Medallion 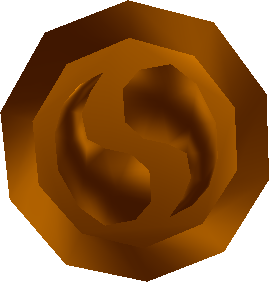 "You received the Spirit Medallion! Nabooru awakens as a Sage and adds her power to yours!"

The Spirit Medallion is the last of the six Medallions Link will receive in Ocarina of Time. He gets this Medallion after completing the Spirit Temple. Once Link defeats Twinrova, the Sage of Spirit, Nabooru, will awaken and will tell Link about Twinrova brainwashing her to serve Ganondorf and getting her revenge at Ganondorf.[1][2] Afterwards, she will award Link the long-awaited Spirit Medallion and tells Link that she should have kept her promise seven years ago if she would have known Link was going to be handsome.[3][4] After Link gets the Spirit Medallion, Rauru contacts Link and tells him someone is waiting for him at the Temple of Time.[5] Link then proceeds to see who is waiting for him at the Temple of Time.