From Zelda Dungeon Wiki
Jump to navigation Jump to search
Want an adless experience? Log in or Create an account.
Gohma 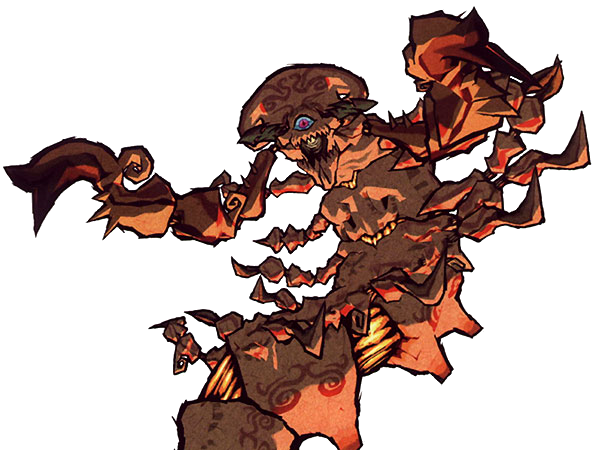 Gohma is a Boss that is encountered in the Dragon Roost Cavern, the first dungeon in The Wind Waker. Like its predecessors, it appears as a one-eyed arthropod. This Gohma is the largest version seen in any game before The Wind Waker, and is still larger than any of its successors.

Once the battle begins, a cutscene will show that Valoo's tail is dangling above a large pit of lava. If Link uses the Grappling Hook on Valoo's tail, it will allow him to swing across the room in any direction. If Link lets go of the tail and drops to another side of the room, it will make Valoo angry. He will stomp around up above the room, and in his rage, he will knock down a piece of stone from the ceiling. The large stone will fall on top of Gohma, cracking her armor.

The battle is easier if Link can land on one of the platforms near the top of the room, done after swinging on Valoo's tail. Gohma cannot attack Link from this platform, so he will be safe while on top of these. If Link stays on the bottom, Gohma may try and raise one of her claws to strike Link. After dropping the stone on top of Gohma three times, she will become angry and destroy her armor, leading to the second phase of the battle.

Now that Gohma is vulnerable across her body, Link can use the Grappling Hook to pull her eye over to him and attack it. Alternatively, Link can dodge the attacks from her claws and attack her eye when she lowers her face. Link must be quick when performing this method, as she will try to breathe fire at him while he is trapped between her claws. After a few hits to her eye, Gohma will be defeated.