From Zelda Dungeon Wiki
Jump to navigation Jump to search
Want an adless experience? Log in or Create an account.
Bomb-Master Cannon 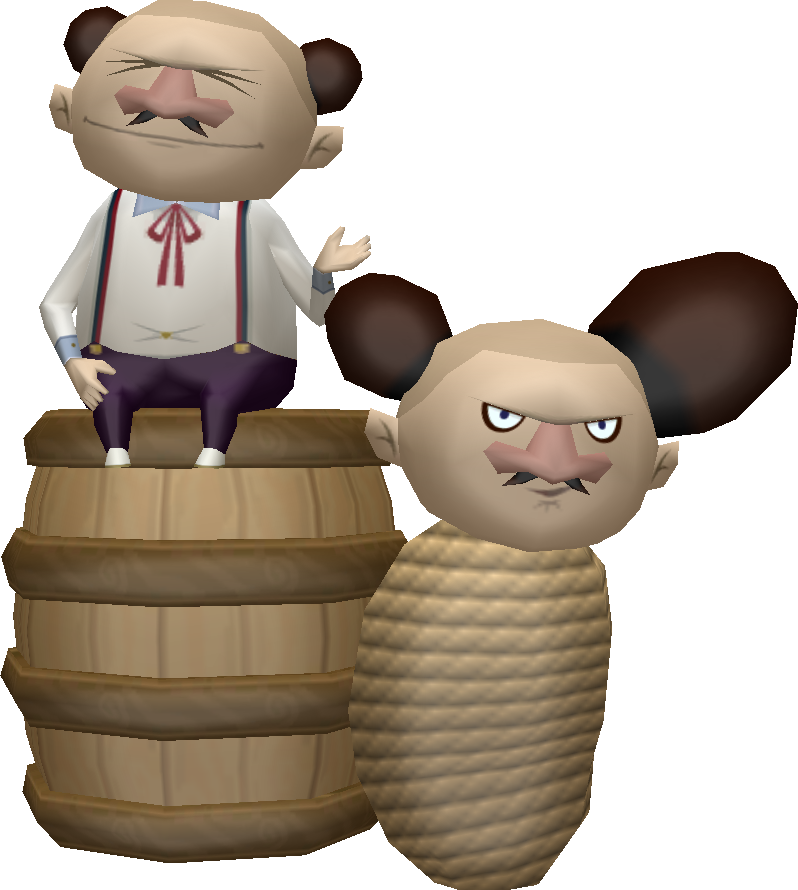 Cannon is a character in The Wind Waker who lives on Windfall Island.

Cannon runs the Bomb Shop on Windfall Island where he exclusively sells Bombs. His ancestors have been making bombs for generatoins, but he is now the only known person throughout the Great Sea that produces and sells Bombs.[1] When Link comes to buy Bombs, he prices the the Bombs for 10,000 Rupees or more, making them more expensive than Link can afford, even with the largest wallet.[2] When Link cannot afford to purchase the bombs, Cannon is rude to Link, telling him beat it.[3][4]

After Tetra and the Pirates come to steal the Bombs and have finished tying him up, he becomes much kinder to Link and will sell the Bombs at a normal price.