From Zelda Dungeon Wiki
Jump to navigation Jump to search
Want an adless experience? Log in or Create an account.
Jabun 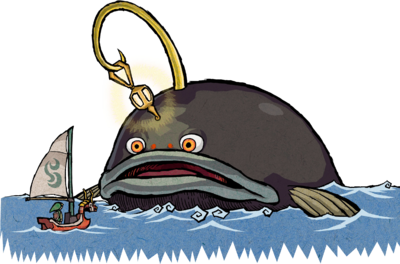 Jabun is the Water Spirit from The Wind Waker. He was born on Greatfish Isle and lived there until it was destroyed by Ganondorf, causing him to flee to a cavern in Outset Island. Link must seek out his lair and break it open using his cannon, to talk to Jabun and collect his pearl. He only speaks Hylian, so only the King of Red Lions can understand him, leaving Link in the dark. However, in the Second Quest, Link can understand him. He rewards Link with Nayru's Pearl after a long discussion with the King of Red Lions. Jabun is supposedly a descendant of Lord Jabu-Jabu, who appeared in Ocarina of Time, as, in fact, one of the dungeons which young Link braved, to rid Jabu-Jabu of monstrous parasites which were infesting him.