From Zelda Dungeon Wiki
Jump to navigation Jump to search
Want an adless experience? Log in or Create an account.
Senza 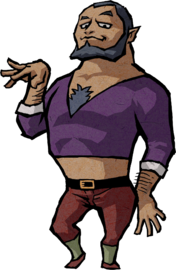 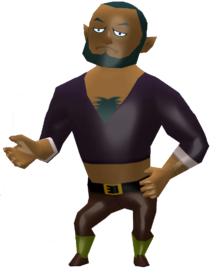 Senza is one of Tetra's Pirates in The Wind Waker.

Senza is in charge of keeping the ship in order. He can be seen standing near the cannon launcher, implying he seems to be in charge of launching the artillery shells when the ship is in combat.

According to Aryll, he is a very good storyteller, and is known to have incredible skills in persuasion.[1] Senza is first spotted when Tetra's crew approaches Outset Island. Although he is rarely seen in the game, he makes a final appearance during the game's ending credits.

Senza will comment about the odd Outfit that Link is wearing, asking if it is the normal garb for people back on Outset Island. Although he seems to recall having seen it before.[2] He then remembers that there is a picture in Tetra's Cabin of someone wearing that same outfit.[3]