From Zelda Dungeon Wiki
Jump to navigation Jump to search
Want an adless experience? Log in or Create an account.
Magic Armor

The Magic Armor in Twilight Princess

The Magic Armor is an outfit in The Wind Waker and Twilight Princess. It allows the wearer to be temporarily invincible. 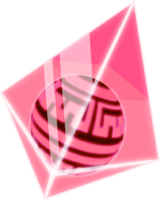 The Magic Armor first appears in The Wind Waker. Unlike in Twilight Princess, it is more of a spell than actual "armor". Link acquires it by completing two or more trades of The Wind Waker Trading Sequence with the Goron Merchants. It uses the Magic Power in the Magic Meter to work, and when Link runs out of Magic Power, it does not make him invincible anymore.

In The Wind Waker HD, the Magic Armor no longer uses Magic Power. However, while it is activated, Link loses Rupees whenever he would normally take damage, similar to Twilight Princess (below).

The Magic Armor is an optional item in Twilight Princess. It is originally sold at Chudley's Fine Goods and Fancy Trinkets Emporium for the unaffordable price of 100,000 Rupees. To reduce the price of the item, Link must complete a side quest, in which Link must provide the Malo Mart with 1,000 Rupees to repair the West Gate that leads into Hyrule Castle Town and then 2,000 Rupees to create a Malo Mart chain in Castle Town. Once Link has completed both groups of donations, Link purchases the Magic Armor in Castle Town Malo Mart for 998 Rupees, or a reduced price of 598 Rupees if Link completed the side quest to give Hot Spring Water to the Goron and reduced the donation goal to 200 Rupees. The Magic Armor makes Link invincible; however, for every second used with the Magic Armor equipped, Link loses 1 Rupee. There are also additional Rupees lost if Link is hit by an enemy.

When Link is out of Rupees, the Magic Armor turns blue and no longer grants invincibility. In addition, while walking around, it weighs Link down, just like wearing the Iron Boots, but without the magnetic effects. If Link wears this in water, he will sink underwater and have a limited time to be there.