From Zelda Dungeon Wiki
Jump to navigation Jump to search
Want an adless experience? Log in or Create an account.
Face Shrine 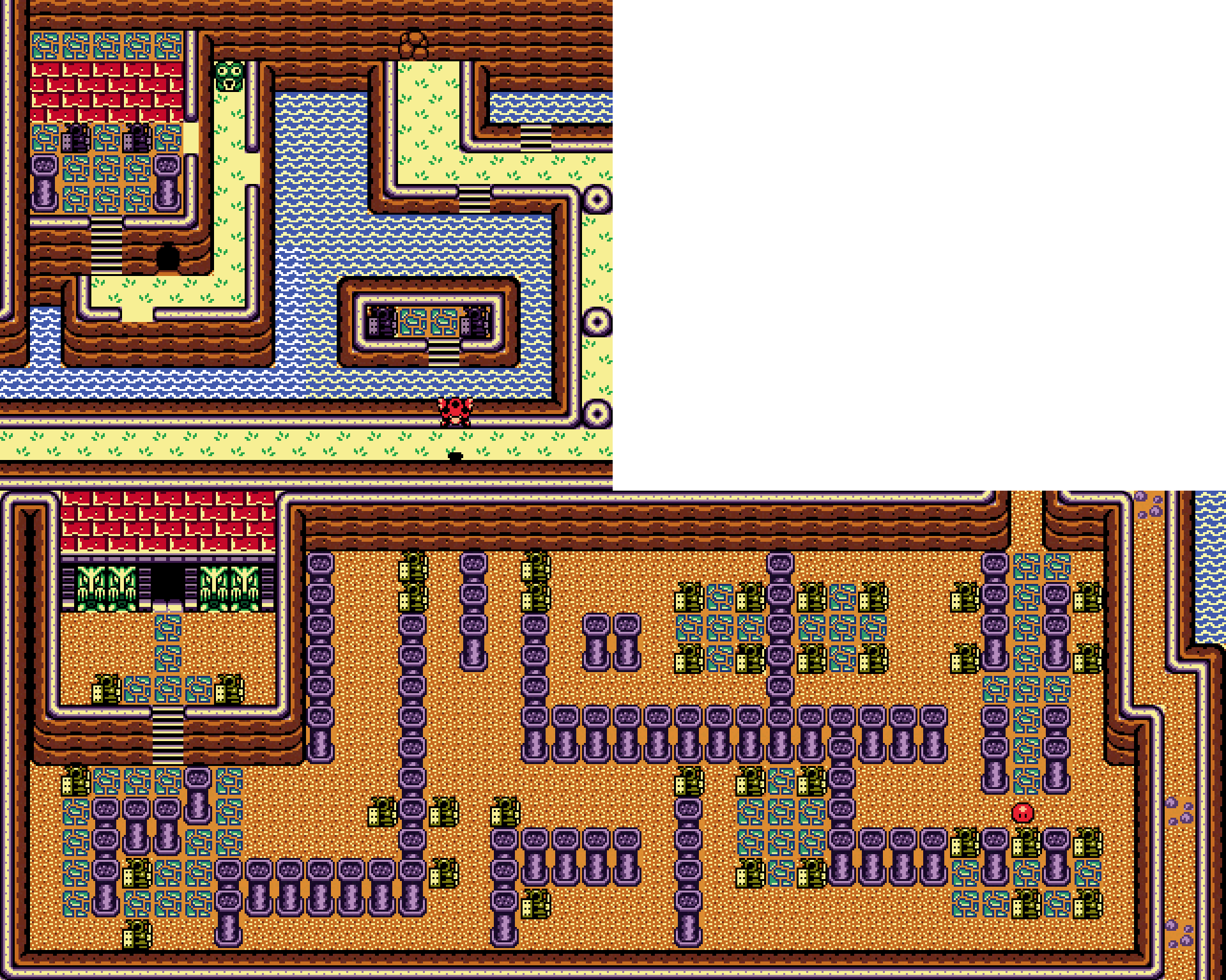 The area is rather large, situated south of the Rapids Ride area, north of Animal Village and Yarna Desert, and to the east of Ukuku Prairie. It is known for its plethora of Armos statues; other than them and other enemies, there are no inhabitants. It contains many pillars, and the Bow is required to make it through the whole area, because it is the only weapon that works the Armos Knight.

Link fights the Armos Knight and obtains the Face Key in Southern Face Shrine. It is in the west of the entire region, past many Armos and Zols. In addition to finding the Face Key, Link also discovers a mural that describes the truth of Koholint Island.[1]

Face Shrine is the sixth dungeon of Link's Awakening. It is found in the north of Face Shrine, surrounded by water. Link can use the Flippers to locate a small island in the middle of the water that has two Armos, one of which is covering an underground passage to the dungeon's entrance.

One of Koholint's many Great Fairy Fountains is found in the northeast of the Face Shrine region, next to the entrance to the dungeon. It is located inside of a cave. The Great Fairy here heals Link's hearts.[2]