From Zelda Dungeon Wiki
Jump to navigation Jump to search
Want an adless experience? Log in or Create an account.
Richard's Villa 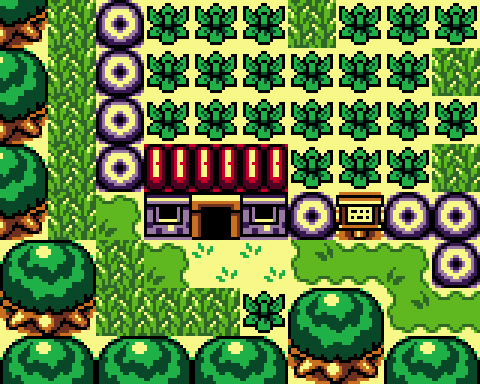 Richard's Villa is the temporary home of Richard in Link's Awakening. After being driven out of Kanalet Castle by his servants, Richard moved into this villa in Pothole Field along with many frogs.[1] Link first meets Richard here, where he asks Link to search for the five Golden Leaves in Kanalet Castle.[2] After Link brings them all back to the villa, Richard opens a secret passage under a box in the corner of the house that leads to Pothole Field and subsequently the Slime Key.[3]