From Zelda Dungeon Wiki
Jump to navigation Jump to search
Want an adless experience? Log in or Create an account.
Ordon Woods 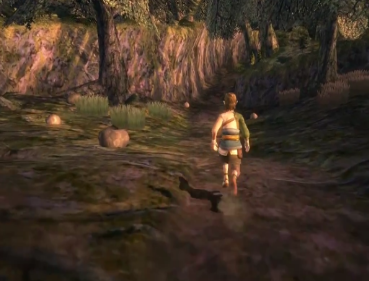 The Ordon Woods is a location that appears in Twilight Princess. It is located in the northern section of the Ordona Province and is connected to the Faron Province via a bridge. There is only one significant place in these woods and that's the Ordon Spring. There is small passageway that Link can crawl through to gain access to the spring. This small passageway has a few Rupees and is also needed to speak to Ilia as she had previously locked the gate. The Ordon Woods are not very big, only spanning from Link's House to the beginning of the Faron Woods.

Due to the small size of the woods, this area doesn't really play a big role in the plot. Link has to travel through the woods when in pursuit of Talo, who is chasing a Monkey, who has recently been causing havoc in Ordon Village. The gate to the Ordon Bridge was previously locked by Rusl. However, Link is now able to access the bridge, leading him up to Faron Woods.

Later on in the prologue, Ilia locks the gate to the spring as she is mad with Link for working Epona too hard.[1] Link has to access the small crawl space near the side of Ordon Spring, which Colin tells him about.[2] After a small cutscene in the spring, King Bulblin and his troops come storming through the woods and attack both Link and Ilia. Link wakes up after being knocked unconscious and he notices a strange matter blocking the exit from the woods. This is in fact the entrance to the Twilight Realm and Link is then dragged through the Wall of Twilight by a Shadow Beast.