From Zelda Dungeon Wiki
Jump to navigation Jump to search
Want an adless experience? Log in or Create an account.
Mayor Bo's House 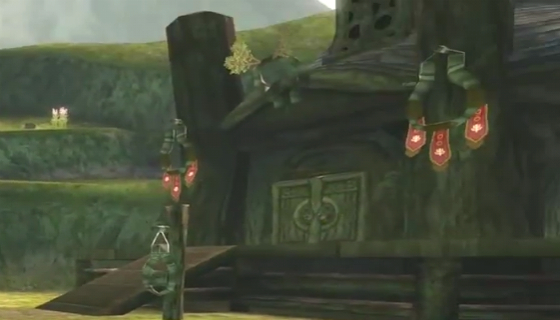 Mayor Bo's House is a location in Twilight Princess.[1] It is located to the far southwest (Wii) side of Ordon Village, just north of the Ordon Ranch. It is the home to the mayor of the village, Bo and his daughter, Ilia.

Mayor Bo's House plays a minor role in the story. Link must enter Bo's house after he fails to outpower the Gorons on the trail to Death Mountain. After he returns to Kakariko Village, Renado tells him that he knows one who was able to match the Gorons for strength.[2] Coincidently this person is Link's home town mayor, Bo.

Bo only promises to tell Link the secret to beat the Gorons if he beats him in a sumo wrestling match.[3][4] Once Link has defeated the mayor, he tells him that the secret lies in a Treasure Chest beyond the room.[5] Hidden within the chest is actually the Iron Boots, which Link can use to safely traverse Death Mountain.