From Zelda Dungeon Wiki
Jump to navigation Jump to search
Want an adless experience? Log in or Create an account.
Agitha's Castle 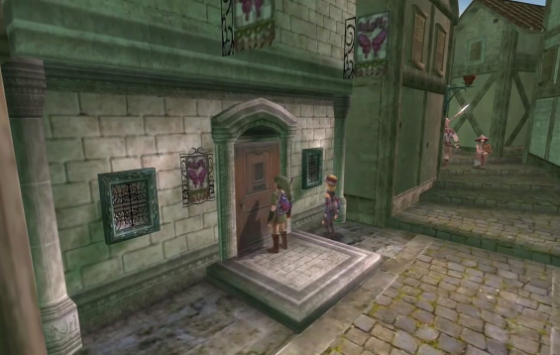 Agitha's Castle is a location featured in Twilight Princess. It is situated within Castle Town, more specifically on the Castle Town South Road. It is the home of Agitha, a cheerful young girl who gives Link prizes for bringing finding and returning Golden Bugs. The interior of the castle is largely bug-themed and the center piece contains a mini-garden where the Golden Bugs reside.

When Link first enters the castle, he is greeted by the lighthearted Agitha,[1] who first mistakes him for a bug.[2] She later goes on to tell him that she was awaiting the arrival of 24 Golden Bugs,[3] but they have seemed gotten lost on the way.[4] Agitha then asks Link to return any bugs he finds on his quest.[5]

All the bugs that Link must find are hidden throughout the land of Hyrule and are found in pairs in any given location. When Link hands over the first bug to Agitha, she rewards him with a Big Wallet,[6] allowing him to carry up to 600 Rupees,[7] which is double the amount that he could originally hold. For every bug that Link hands over, he is rewarded with a Purple Rupee; if he completes a pair, he is rewarded with a bonus Orange Rupee.[8] Once Link has returned all 24 Golden Bugs to the castle, he is gifted with a Giant Wallet, which can store up to 1,000 Rupees.[9]