From Zelda Dungeon Wiki
Jump to navigation Jump to search
Want an adless experience? Log in or Create an account.
Impaz's House 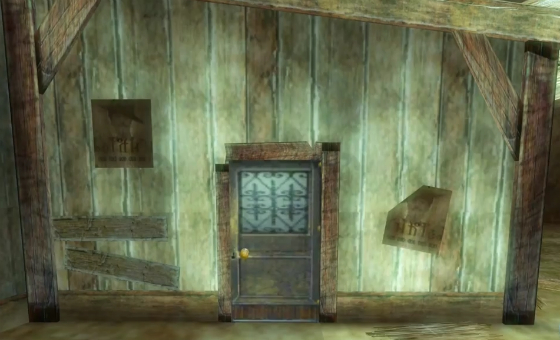 Impaz's House is a location that appears in Twilight Princess. The house is situated within the second province of the game, Eldin. More specifically, the house is found at the far end of the Hidden Village. However, the location isn't accessible throughout the majority of the main plot. It serves as the home of Impaz, the lone remaining resident of the area. Impaz takes shelter here from the Bulblins that have taken over the abandoned village.

Link first encounters this location when on a his quest to find the third remaining Mirror Shard, that lies somewhere within the "heavens". After Link has shown the Wooden Statue to Ilia, she tells him of an old woman who saved her from a pack of monsters.[1] Ilia, worried, senses that the woman who saved her might still be in trouble.[2] Link, with the help of Darbus,[3] gains entry to the seemingly abandoned village. After clearing the village of Bulblins, Impaz exits her house to thank the young hero.[4] She then hands Link the Horse Call, in a hope that it might revitalize Ilia's memory.[5]

After returning to Ilia and restoring her memory,[6] she tells Link about the "Messenger to the Heavens". This was told to Ilia by Impaz, and the old woman won't leave her village until the messenger with the rod appears. Link, who wields the Dominion Rod, returns to the Hidden Village. Now he can access Impaz's House and show her the ancient item he acquired in the Temple of Time. She then recognizes that Link is in fact the "Messenger to the Heavens" and she hands the young hero the Ancient Sky Book. Link can use this book to reach his next destination, the City in the Sky.