From Zelda Dungeon Wiki
Jump to navigation Jump to search
Want an adless experience? Log in or Create an account.
Stray Fairy 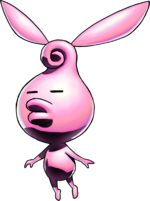 Stray Fairies are small fairies that often appear in different colors. They appear in Majora's Mask, Oracle of Ages and Four Swords.

Stray Fairies are what becomes of a Great Fairy when shattered by the Skull Kid under the influence of Majora's Mask[1]. All five Great Fairies of Termina were shattered in this way by the Skull Kid, with some of the fairies becoming separated from those that remain in the Great Fairy Fountain. If Link returns these strays to the fountain, the Great Fairy resident there is reborn, and grants him a boon in return. The retrieval of stray fairies does not persist between cycles.

Only one Stray Fairy leaves the Great Fairy Fountain in North Clock Town, flitting between the Laundry Pool during the day and East Clock Town by night. When Link, trapped in Deku form, brings it back to the fountain, the Great Fairy of Magic grants him magic power as a reward, allowing Deku Link to blow bubbles as an attack. This is required to retrieve the Ocarina of Time from the Skull Kid, allowing him to time-travel backward with the Song of Time. Saving the Great Fairy again in a later cycle, in Hylian form, causes her to grant Link the Great Fairy's Mask, which attracts stray fairies to the wearer.

Each of the other Great Fairies has lost fifteen stray fairies, which can be found in the nearest Temple. 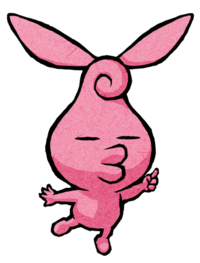