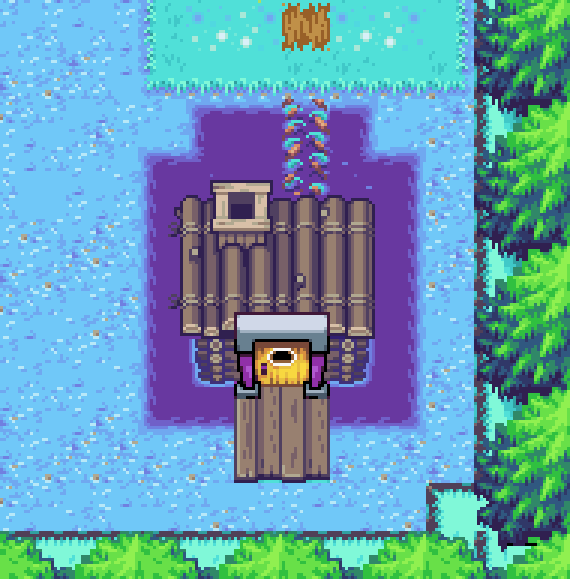 Mayor Hagen's Lakeside Cabin[1], also known just as the Lake Cabin is a location in The Minish Cap. Found at the southeast corner of Lake Hylia, the cabin belongs to Mayor Hagen, the mayor of Hyrule Town.

Mayor Hagen uses his Lakeside Cabin for one his hobbies, mask-making.[2] At some point, Mayor Hagen borrowed a book from the Royal Hyrule Library, but since the Mayor is a rather forgetful person, he left it at his cabin and forgot to return it.[3] The book titled, A History of Masks is a required item that Link must retrieve to reach Librari at the library.

In order to reach the Lakeside Cabin, Link must first travel to the northeast corner of the Minish Woods while in Minish form. Just north of the cabin, Link will find a tree stump Minish Portal, which he can use to resize. Link can enter the Lakeside Cabin through the normal entrance, or by crossing a lilypad at the north entrance while in Minish form. Link must do this in order to push the book off the top shelf.