From Zelda Dungeon Wiki
Jump to navigation Jump to search
Want an adless experience? Log in or Create an account.
Midna 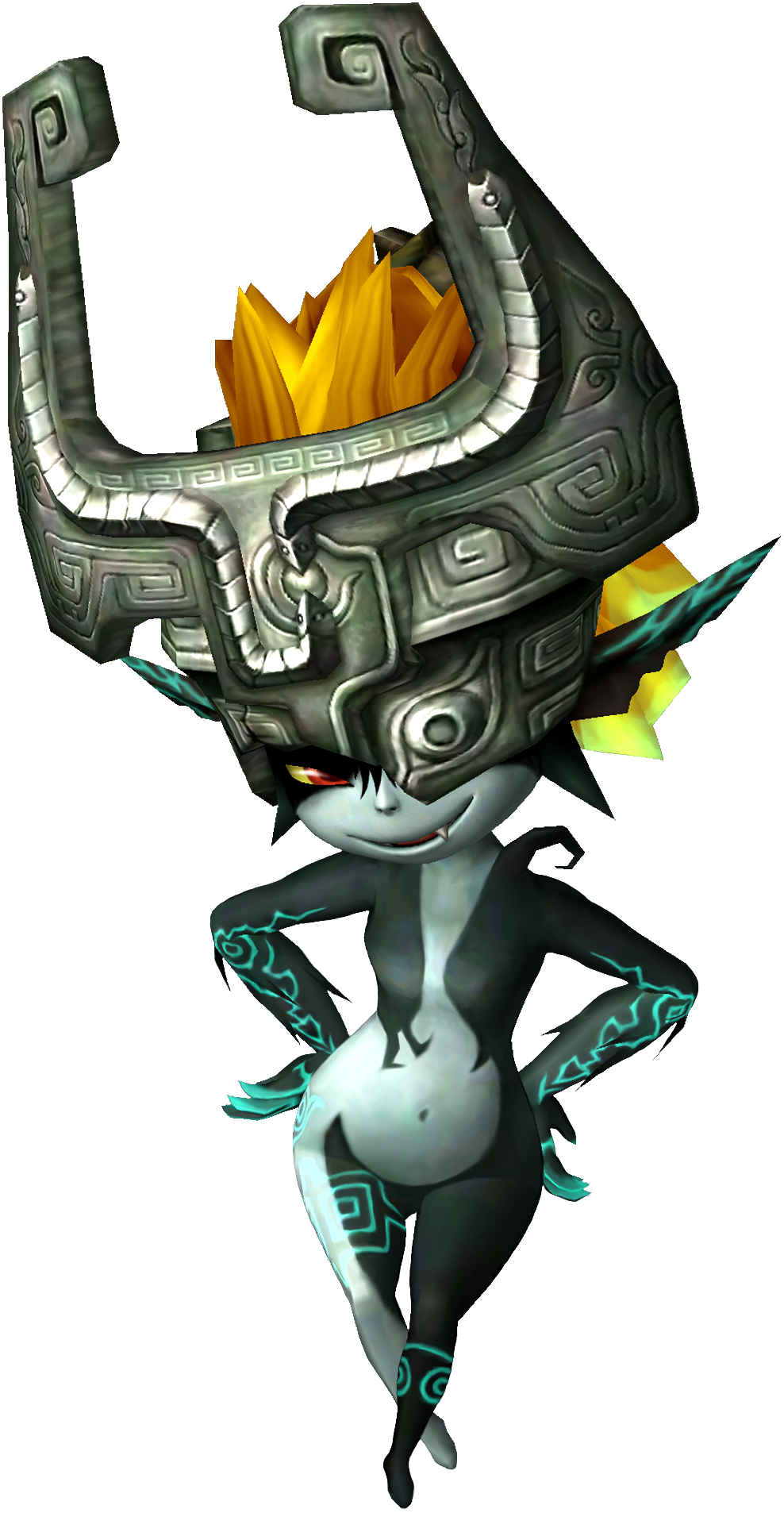 Midna is the secondary protagonist and the guide character in Twilight Princess. For much of the game, Midna takes the form of an imp-like creature. It is later revealed that this is not her true form and is part of curse placed on her by Zant. [4][2]

Midna is the only character in Twilight Princess to have voice acting. However, she does not speak in any particular language, just incomprehensible sounds for effect. Throughout the game, Midna's character changes dramatically. She begins as callous, uncaring and patronising, and tries to use Link for her own good, but she soon realizes that Link is more than just a tool; she values him and Princess Zelda as friends and her character becomes warmer. Midna possesses one piece of the Fused Shadow before she meets Link.

As the story progresses, she later ends up developing feelings for Link and the Light World, and helps him defeat Ganondorf. After doing so, she transforms back into her true form. After saying goodbye to Link, she re-enters the Twilight Realm to once again lead her people. However, in the process of her departure, she shatters the Mirror of Twilight, proving herself the true leader of the Twilight Realm, yet breaking the only known connection between the two worlds in the process.

"This impish Twili princess can ride a shadow wolf into battle and swat down enemies with her magical, hand-like locks of hair."

Midna appears as a playable character in the spin-off game for Wii U, Hyrule Warriors. She appears in both her imp form and her twili form, the later which was released as a DLC in the Twilight Princess Package. In Midna's imp form, she summons a twilight wolf and uses her hair to attack. Midna's twili form uses the Mirror as her weapon, with which she is able to summon various objects.

Midna makes an appearance in Super Smash Bros. for Nintendo 3DS and Wii U as an Assist Trophy. When summoned by a character, she will attack one of the opposing players by grabbing them with her hair.