From Zelda Dungeon Wiki
Jump to navigation Jump to search
Want an adless experience? Log in or Create an account.
Gerudo Desert 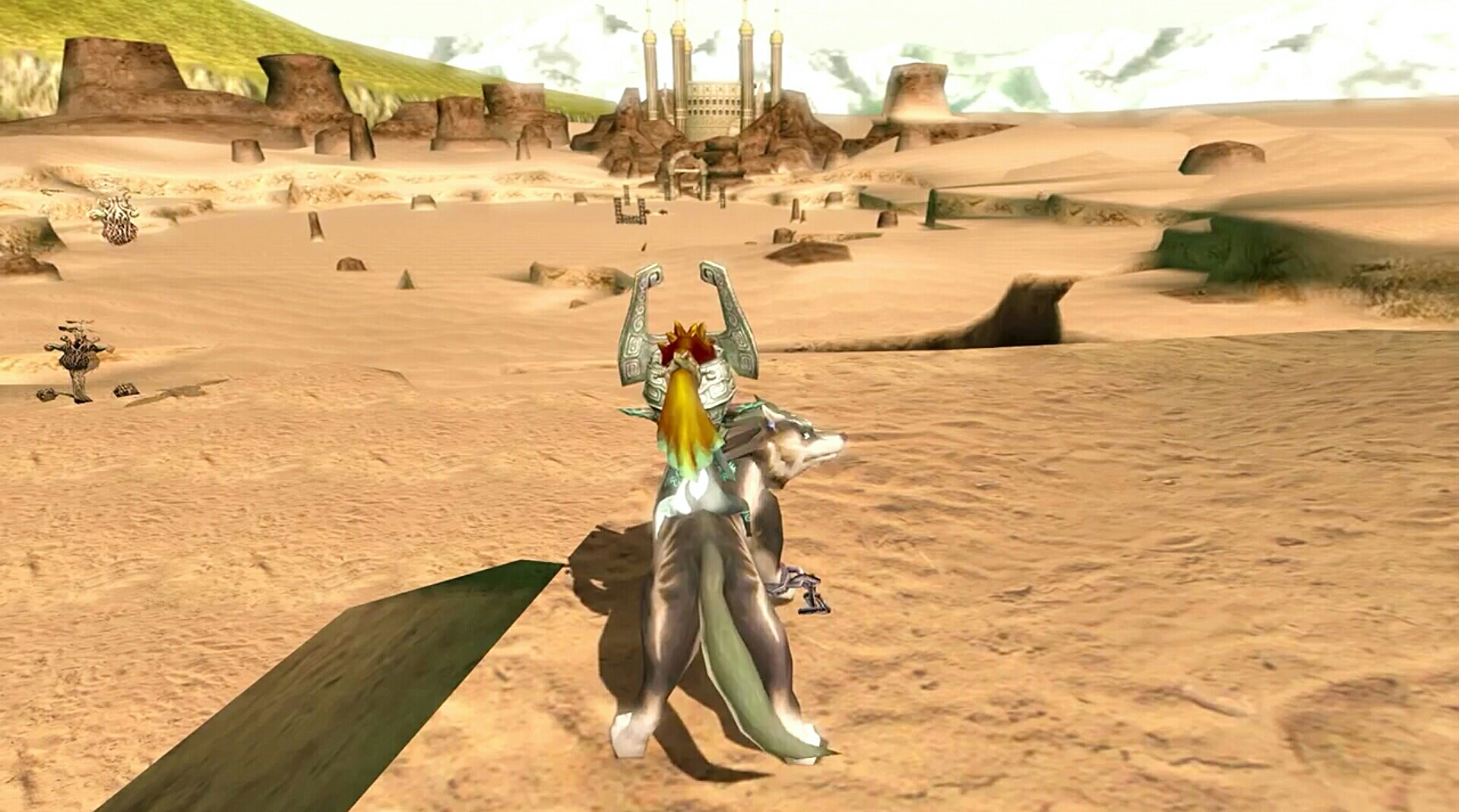 The Gerudo Desert is a location that appears in Twilight Princess and Breath of the Wild.

The Gerudo Desert makes up the entirety of the Desert Province. It is the resting place of Arbiter's Grounds, the fourth dungeon in the game, as well as the Cave of Ordeals.

The Gerudo Desert is first seen from a distance by Link and Auru from a tower in Lake Hylia. Auru explains that he believes that the Arbiter's Grounds is located there, a former prison for Hyrule's worst criminals. Auru then gives Link Auru's Memo to give to Fyer, the owner of a large cannon. Link can then travel to Gerudo Desert through Fyer's cannon, taking advantage of the Oasis Flight special deal.

Once Link enters the barren desert, Midna reveals to Link that she is a descendant of the tribe that was banished to the Twilight Realm, she also explains to Link that the inhabitants have been turned into mindless Shadow Beasts by the wicked Usurper King, Zant. The pair then set off on their treck through the long-winding treacherous desert terrain, avoiding deep chasms and multiple enemies such as Moldorms and Leevers. Eventually Link and Midna come upon a strange tower-like structure, which coincidently turns out to be the broken section of the Bridge of Eldin. Midna uses her warp ability to pull it through a Twilight Portal and repair the bridge, which proves vital later on in the game.

Near the far end of the desert, Link comes across a Bulblin encampment, surrounded by barriers that can only be broken while Link is riding a Bullbo, a powerful boar-like creature. After Link fights his way through the encampment toward Arbiter's Grounds, he must battle King Bulblin. Upon defeating the leader, Link can now access the dungeon where the Mirror of Twilight is said to be held.

Arbiter's Grounds, one of the main dungeons in Twilight Princess, is located in the northern end of the desert. The Gerudo Mesa is another point of interest that can be reached using Link's Clawshot. The missing piece of the Bridge of Eldin is found here and can be moved back to its proper location with the help of Midna's powers. After, Link can find the Cave of Ordeals.

Gerudo Desert is a location in Breath of the Wild.

Gerudo Desert is a stage in Hyrule Warriors.