From Zelda Dungeon Wiki
Jump to navigation Jump to search
Want an adless experience? Log in or Create an account.
Twilight Portal 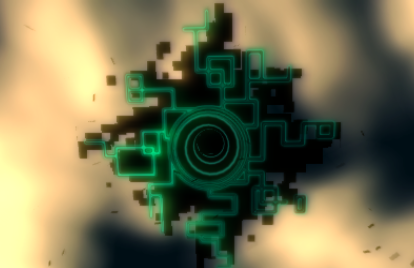 Twilight Portals appear over the world map of Twilight Princess. Zant uses these portals to send his army, the Shadow Beasts, to Hyrule in order to expose the world to Twilight. After Link defeats the Shadow Beasts that appear, the red portal is replaced by a green one, which can be used by Link to warp to several locations throughout Hyrule.

There are three times the portals must be utilized to further the story of the game.

The first of these times is as Link reaches the Kakariko Gorge. After the young hero destroys the Shadow Beasts, he comes across a gaping hole. In order to get across the gap, which leads to Kakariko Village, he must warp to the portal found at south Faron Woods. There he finds the gorge bridge, which can then be teleported with him to the gorge so that he may continue his journey.

The second time a portal must be used is when Link reaches Zora's Domain. Looking downward, he finds the Zoras trapped under a thick layer of ice. Midna suggests that Link might need something hot to melt the ice. Link can then warp to Death Mountain's portal and take the large volcanic rock. After he warps it back to Zora's Domain, the rock falls, melting the ice that was originally trapping the Zoras.

Finally, there is a double incentive to moving the Bridge of Eldin back to the actual bridge after it was stolen. The first reason is that it opens up a quicker travel route between Kakariko and Western Hyrule. Besides this, it opens the Cave of Ordeals in the Gerudo Desert. The cave can be triumphed to send fairies to all of the Light Spirit Springs.