From Zelda Dungeon Wiki
Jump to navigation Jump to search
Want an adless experience? Log in or Create an account.
Beaver Brothers 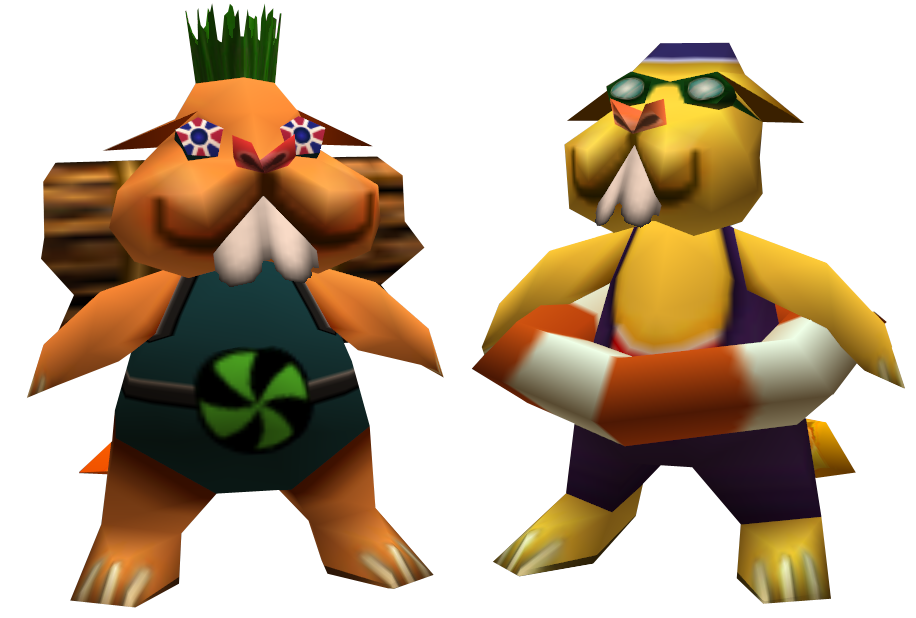 The Beaver Brothers are characters in Majora's Mask. They make their home at the Waterfall Rapids, located at the top of the waterfall that feeds into Great Bay.

Mikau tried to race them for a Bottle that he could use to retrieve the Zora Eggs, but failed. When Link later comes wearing the Zora Mask, the orange-colored little brother recognizes him as Mikau and gladly accepts another challenge. The following race involves following the Beaver through the water and swimming through rings. When the little brother loses, he calls his yellow-colored big brother. Since the Beaver Brothers consider Bottles to be a valuable treasure, he will not let Link have one just because he beat his little brother. Link races the elder of the two in a more difficult challenge with more rings, but ultimately wins the Bottle, while the Beaver Brothers admit they underestimated Link. Link can then race them a third time in a race with a shorter time limit. When Link wins, they desperately want him to leave them alone, so they give him a Piece of Heart and hope that it is over.