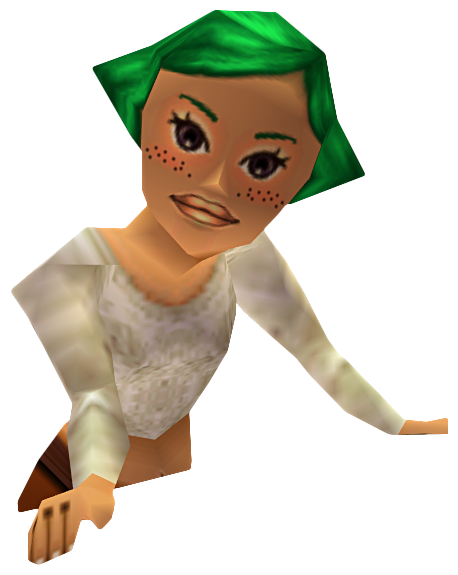 The Receptionist is a character in Majora's Mask. She is a young, green-haired woman with freckles who is found at the Mayor's Residence in East Clock Town. She stands behind a desk that is situated between the doors to the Mayor's Office and the Drawing Room in the lobby. She directs the visitors and those who have appointments with the residents to their respective offices.

She is seen at her desk during the first two days. Afterwards on the third day she isn't seen behind her desk or anywhere else in Termina. It is thought that the reason she left was to go take shelter from the Moon. She isn't seen anywhere else after this.