From Zelda Dungeon Wiki
Jump to navigation Jump to search
Want an adless experience? Log in or Create an account.
Anti-Lightning Training: III 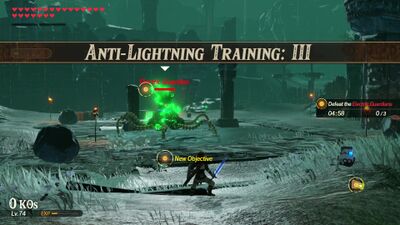 "It's said that the ancient Sheikah had command over lightning, using it to power inventions. Don't let that daunting history trouble you though—these monsters can be defeated!"