From Zelda Dungeon Wiki
Jump to navigation Jump to search
Want an adless experience? Log in or Create an account.
Wolf Link 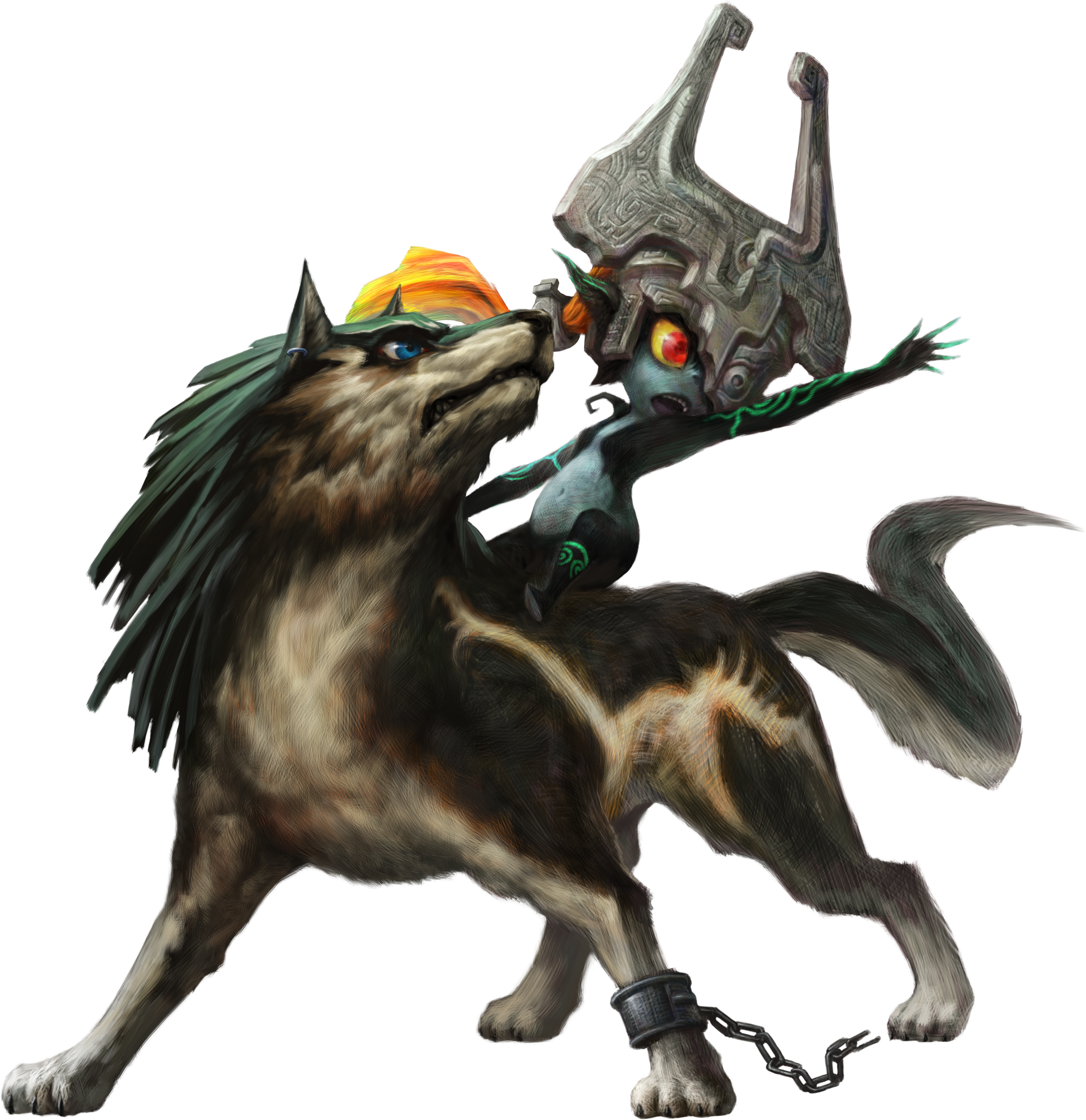 Artwork of Midna and Wolf Link from Twilight Princess HD

Wolf Link is the alternate form of Link in Twilight Princess. When Link enters the Twilight, the Triforce of Courage changes him into this form so that he does not become a spirit, as other people do.

Wolf Link can use his senses to see these spirits, or areas where he can dig. He is also faster than Link's Hylian form. Midna often rides on his back in this form, unless he is in sunlight. Eventually, Link gains the Shadow Crystal and, between this and the Master Sword, is able to turn into a wolf at any time. This becomes extremely useful, as this is the only way Link is able to freely warp, unless there are other people nearby, in which case Midna will not allow Link to transform or warp, Link attacks by jumping and biting. Link can also lunge at enemies and latch onto some. Once latched on, Link can proceed to bite viciously until the enemy knocks him off.

Wolf Link is unable to use any items; however, he is able to use his senses. He uses this ability to track down smells, including Ilia's Scent, and the scent of the Ordonian children. Additionally, many NPC's are afraid of Wolf Link, and will scream and run or cower in fear if he appears in the Light World. If Link scares the guards in Castle Town, they'll drop their weapons. The best place to do this is around the fountain.

Wolf Link also features the unique ability to charge an attack and release it to instantly kill nearly any enemy caught in the area of effect. This is done by releasing the power of Midna's Fused Shadow.

Wolf Link was announced as being present in Breath of the Wild during Nintendo's E3 Presentation in 2016. The player can summon Wolf Link to act as a guardian for Link, with its own health pool. Wolf Link can be obtained by tapping the Wolf Link Amiibo on the Wii U or Switch system. He will follow Link around and attack enemies around Link, though he has a short cooldown in between each enemy.