Difference between revisions of "BS The Legend of Zelda" 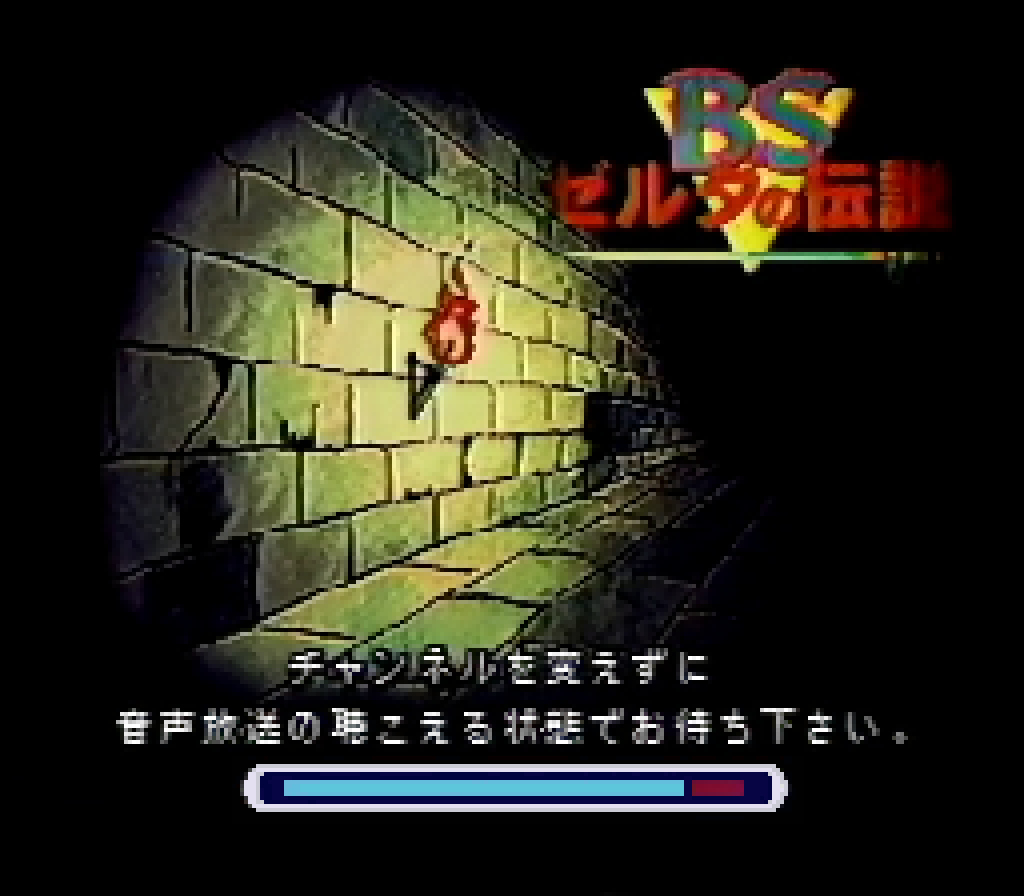 Translated from BS Zelda no Densetsu, BS The Legend of Zelda was released only in Japan on the BS-X Broadcasting System Satellaview attachment for the Super Famicom, the first out of three Zelda games released for the Satellaview. While nominally a remake of The Legend of Zelda, there are major changes/differences between the two games. It was the fifth Zelda game developed by Nintendo, and the first Zelda game developed as a remake.

Unlike most of the Zelda titles in the series, Link is not the protagonist. Instead, BS The Legend of Zelda's protagonists are actually the avatars of the BS-X Broadcasting System. The protagonist's name and gender is based on the broadcasting ID. The game also marks the first time that a Zelda title developed by Nintendo utilized spoken dialogue.

Using the 16-bit graphical capabilities of the Super Famicom and the overhead perspective of The Legend of Zelda, BS The Legend of Zelda has a roughly similar plot and controls to its predecessor, although timed events were added, such as the ability to shoot sword beams regardless of the amount of health one has. The music was also given an upgrade to bring it into line with the rest of the changes made.

Throughout the game, many events occur tied to specific times, rather than other means of progress. These are tied to speeches given by the Old Man in the Starting Screen cave, most of which freeze gameplay and place a prompt on the screen while the speech occurs. The ones which don't are tied to events which kill or freeze the enemies on-screen, or else spawn a fairy.

Note: In the original broadcast, the time shown on the screen was the time of day, in 24-hour format (i.e. between 18:06, when the gameplay UI appeared on screen, and 18:57 when gameplay ended for the week). Different fan patches to make the game playable use this time display differently - for instance, the real-SNES-compatible MottZilla patch has Week 1 as hour 1, week 2 as hour 2, etc. Other patches display Week 1 as hour 0/etc, and some even loop hours if the week's dungeons are not completed to allow extra time. This is based on videos of the original broadcast, but will only show minutes for each week for maximum compatibility.

BS The Legend of Zelda Items[edit][hide][show]

BS The Legend of Zelda Dungeons[edit][hide][show]