From Zelda Dungeon Wiki
Jump to navigation Jump to search
Want an adless experience? Log in or Create an account.
Book of Magic 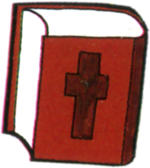 "What's more, if Link picks up the Magic Book and learns some new spells, he can chant some fiery spells and send out flames [from the Magical Rod]."

In the Second Quest, it is found in Level 4 despite the Magical Rod being in Level 8. If the dungeons are played in order, it is useless until the Rod is obtained.

The 8-Bit Book of Magic is the 8-Bit Weapon version of Lana's Book of Sorcery. In the Wii U version of the game, it is part of the Master Quest DLC Pack, unlocked in the Master Quest map of Adventure Mode by completing the challenge at grid A12? with an "A" rank after using a Water Bomb on the boulder in the water. It is functionally identical to the Level 3 Sorceress Tome version of the weapon, but weapons are either 8-Bit Books of Magic or Sorceress Tomes, not both. In Hyrule Warriors Legends and Hyrule Warriors: Definitive Edition, it is a skin for her Level 4+ Tome of the Night version of the Book of Sorcery, which can be turned on or off with a toggle in settings.

The front cover has been slightly altered to place a light pixel in the middle of the cross, obfuscating the resemblance to a religious symbol.