From Zelda Dungeon Wiki
Jump to navigation Jump to search
Want an adless experience? Log in or Create an account.
Book of Sorcery 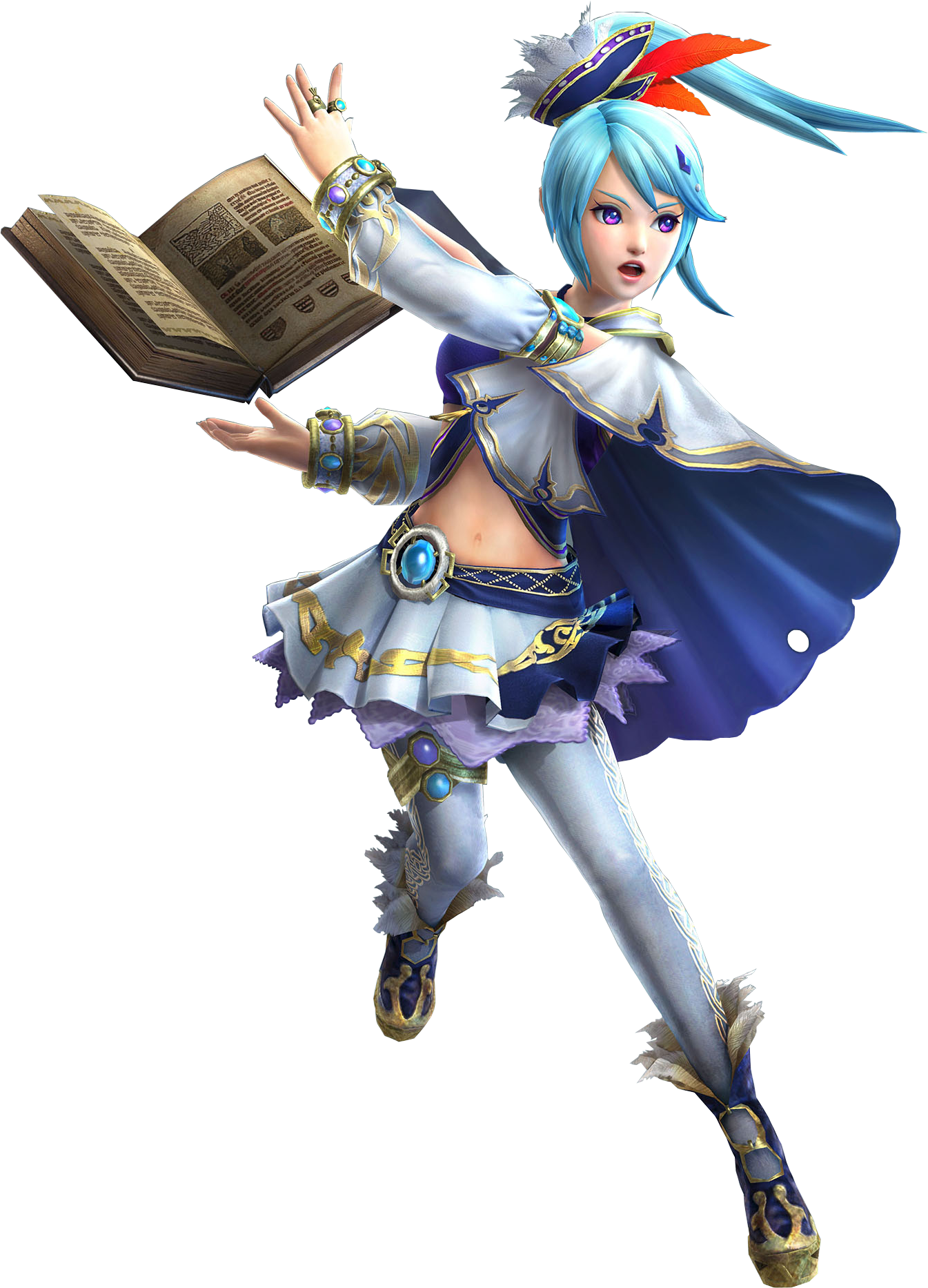 The Book of Sorcery is one of Lana's weapons in Hyrule Warriors. It helps Lana to create a magic wall to attack her enemies which blasts nearby enemies. Lana starts with a Spirit's Tome when she is unlocked after completing Faron Woods.

Lana is a sorceress, so she uses her Book of Sorcery to cast spells. Her spells are very unique and consist of her making walls of magic and sending them toward her enemies. She also throws magical orbs of energy at her target walls when using her strong attack attack to roll into one of them.

"A magical tome held by a guardian of dimensions. Use the Strong Attack button to leap ahead. Leaping from magic walls you created detonates them, damaging any nearby foes."

This is unlocked by default.

This is a more powerful version of Lana's Book of Sorcery. Unlocked in Legend Mode from a Sealed Weapon in a chest after capturing Lower Level East in Palace of Twilight.

Unlocked in Adventure Mode by completing the challenge at grid H11? as Lana with the Book of Sorcery with an "A" rank after revealing its secret by using the Digging Mitts on the patch of soft soil in Hyrule Warriors, or Master Quest Map A-4 in Hyrule Warriors Legends and Hyrule Warriors: Definitive Edition.

Part of the Master Quest Pack, unlocked in the Master Quest map of Adventure Mode by completing the challenge at grid A12? with an "A" rank after using a Water Bomb on the boulder in the water.

Tome of the Night

The Tome of the Night adds the Darkness element in addition to the original Lightning element. Unlocked in Adventure Mode Lorule Map C-12 in Hyrule Warriors Legends and Hyrule Warriors: Definitive Edition.