"A two-handed sword issued to the Hyrulean royal family's immediate guard detail. Its powerful strikes are said to crush an opponent's body and resolve alike."

The Royal Claymore is a two-handed sword found in Breath of the Wild. It has a base power of 52, and is rarely used by Moblins in the outer regions of the game, such as Hebra. The sword itself is rather regal, with golden accents all down the blade.

A respawning Royal Claymore can be found at the top of the Woodland Tower, jutting out of the stone.

Additionally, Blue and Black Hinoxes tend to carry royal-tier weapons around their necks, which can be taken by Link. One Hinox in particular is found sleeping beside Herin Lake. Link can teleport to Faron Tower, equip the Stealth Armor set, use Revali's Gale to get some altitude, and glide right over to the Hinox. Link should be able to land on his chest without waking him, and steal whatever he wishes. 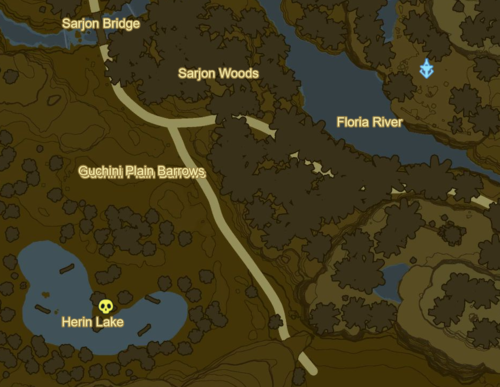