From Zelda Dungeon Wiki
Jump to navigation Jump to search
Want an adless experience? Log in or Create an account.
Trendy Gamester 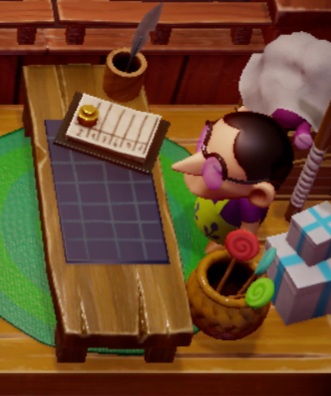 In the Nintendo Switch remake, Link can also collect figures from the Trendy Game. If he collects them all, the Trendy Gamester will be impressed by his coordination and give him a Chamber Stone as a reward.[4] He will also allow Link to play the game for only 5 Rupees thereafter as well as refer to him as a champ.[5][6]