From Zelda Dungeon Wiki
Jump to navigation Jump to search
Want an adless experience? Log in or Create an account.
Takamitsu Kuzuhara 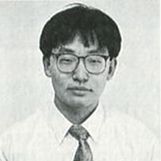 Takamitsu Kuzuhara is a game developer who has worked for Nintendo since the days of the Super Nintendo Entertainment System. He was first credited in A Link to the Past but would later go on to become a programmer for many of the later games. While the overwhelming majority of his games have been in the Zelda series, Kuzuhara has also worked as a programmer on several other games including Star Fox 64, Yoshi's Story, Animal Crossing, and Super Mario Maker.