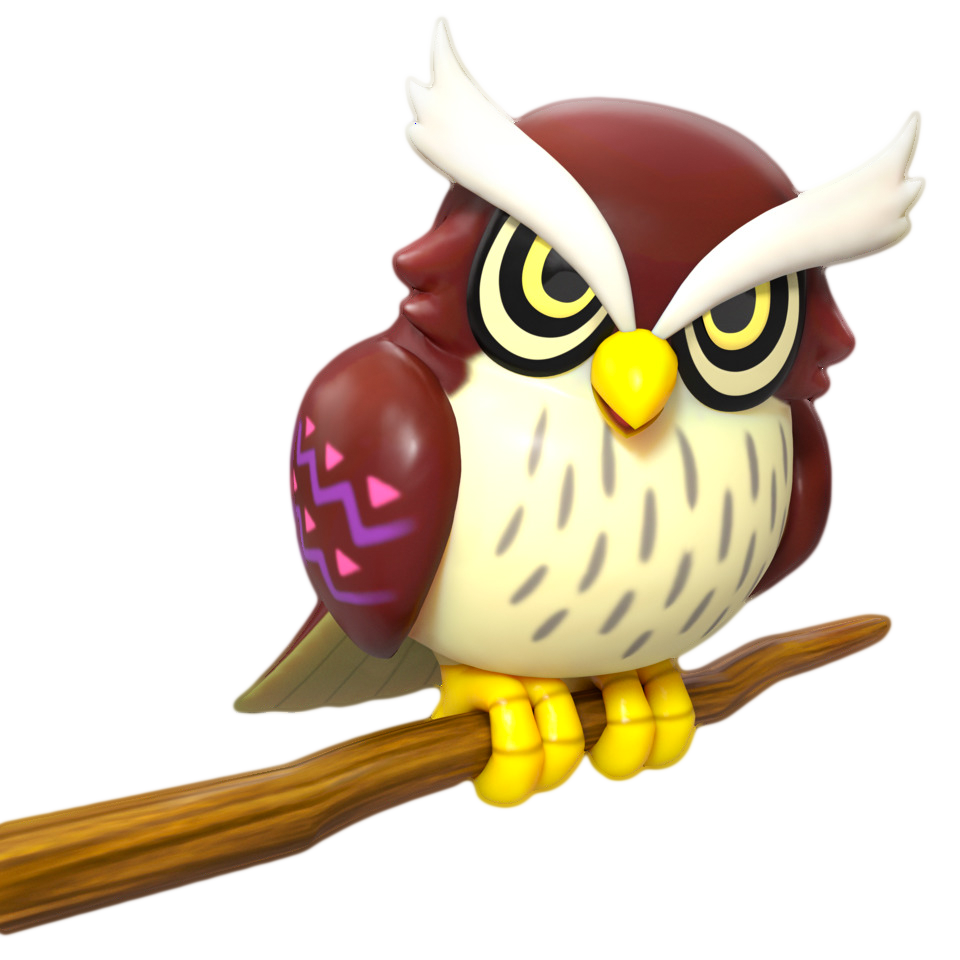 Official Artwork of the Owl from Link's Awakening (Switch)

The Owl is a mysterious character that helps Link in Link's Awakening. It constantly gives Link advice and hints throughout the game.[1] It is likely that the Owl Statues are modeled after the Owl.

The Owl is first seen when Link retrieves his Sword from Toronbo Shores. It explains that the only way for Link to leave the island is for him to awaken the Wind Fish.[2] It then suggests that Link goes to the Mysterious Forest.[3] After this, it frequently appears to steer Link in the right direction on his quest, often telling him where he can find the next dungeon.

At the end of the game, the Owl reveals that he is a part of the Wind Fish's consciousness that manifested itself on Koholint Island.[4][5]