From Zelda Dungeon Wiki
Jump to navigation Jump to search
Want an adless experience? Log in or Create an account.
Kidoh 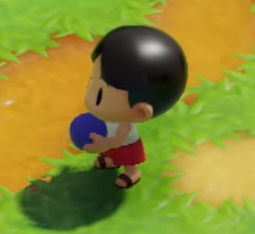 Kidoh is a character from the remake of Link's Awakening. He is one of the four Island Quadruplets and can be found in Mabe Village, just south of the well at the west end of town. He will tell Link about the giant egg on top of Mt. Tamaranch and how it is believed that the Wind Fish is sleeping inside.[1]

He is playing playing catch with his sibling Joonya. Kidoh is differentiated from his siblings as he wears red shorts.