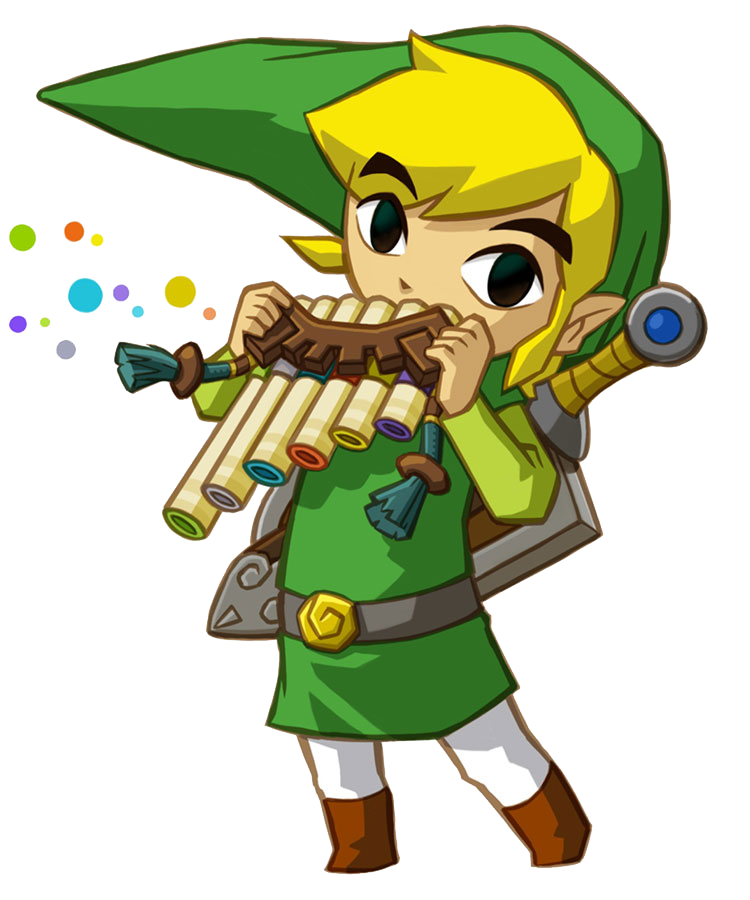 The Spirit Flute (Spirit Pipes in the European/Australian version) is the primary instrument in Spirit Tracks. It is a sacred pan flute that is passed down through the Royal Family of Hyrule and used to solve puzzles in the game.[1][2]

The Spirit Flute is one of the Lokomos' sacred instruments that are used to bring peace to the land.[3][4][5] It originally belonged to Anjean, but she gave it to Tetra, Zelda's ancestor, on the condition that they protect it.[6][7] Tetra gave it to her descendants, making it a family heirloom, passed down through the generations.[8] The current Princess Zelda's grandmother gave it to her, playing it for her when she was little if she felt sad or upset.[9][10]

Link's first encounter with the Spirit Flute is after he receives his Engineer Certificate from Princess Zelda. She discreetly gives him a letter requesting that he meet her in her room.[11][12] When he enters the room, he finds Zelda playing the Spirit Flute.[13] Later, when Zelda's body is taken from her, she asks Link take the Spirit Flute with him, believing that it is meant to protect her.[14][15]

The flute has six pipes that all play different notes.[18] It is played by blowing into the microphone of the Nintendo DS and sliding the flute with the stylus to one of the pipes.[19] The note becomes a sharp if Link holds the X button or up on the D Pad, and flat if they hold the B button or down on the D Pad.

The flute is used in duets with the Lokomos to restore the Spirit Tracks to the land.[20] There are also five songs available with unique effects that Link can learn from Sound Stones to play anywhere.[21]