From Zelda Dungeon Wiki
Jump to navigation Jump to search
Want an adless experience? Log in or Create an account.
Granté 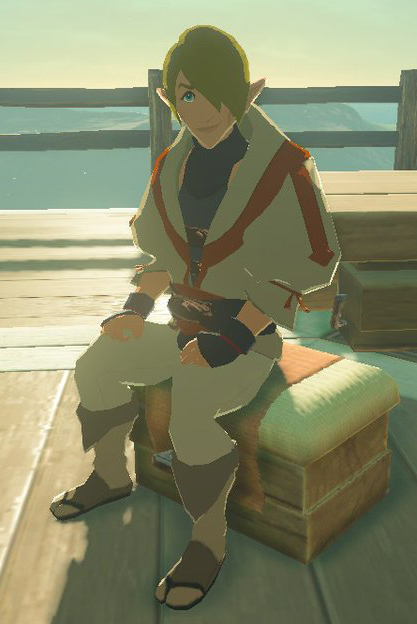 Granté is a character featured in Breath of the Wild. He can be found on the balcony of the north-easternmost house in Tarrey Town, and he will sell Link various pieces of rare armor, as well as the Hylian Shield, if Link's breaks.

He will only sell certain pieces of armor once Link has previously obtained them, such as the Korok Mask.

Granté was born to the researcher couple Robbie and Jerrin in the Akkala Ancient Tech Lab. His Sheikah mother gave him her blonde hair and blue eyes, traits uncommon to the race. Robbie even observes this in his Memoir. Like his parents, Granté studied ancient Sheikah technology, making a point of lighting the Ancient Furnace every day to train his body. Robbie wrote to Purah to see if Granté could study under her, but as she had physically regressed to six years old she responded simply with "Don't send anyone here!". Robbie then suggested that Granté should leave to travel across Hyrule; he did so that same day. Granté then began studying rare Armor.