From Zelda Dungeon Wiki
Jump to navigation Jump to search
Want an adless experience? Log in or Create an account.
Estan 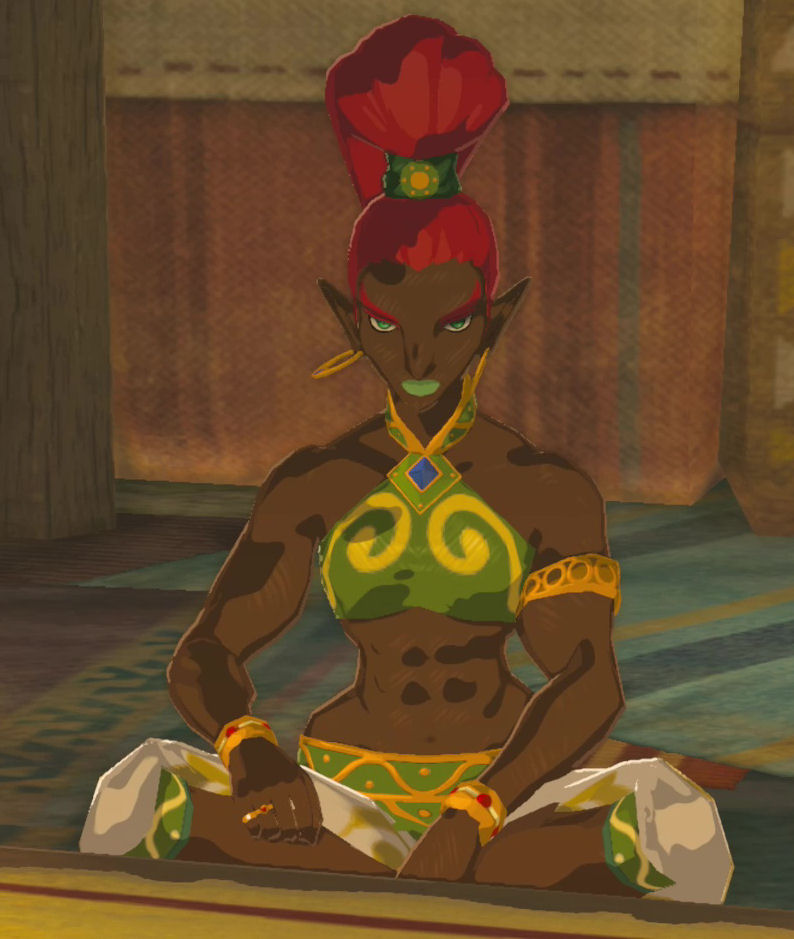 Estan is a character in Breath of the Wild.

Estan is a Gerudo meat merchant in Gerudo Town. Unlike some of the other Gerudo merchants, Estan goes out of her way trying to speak the language of Hylians, although she frequently mispronounces some of the common words, such as saying "good effernoon", "good mauning", and "tank you.".[1][2]

Estan loves meat and sells three types of cooked meat, including Seared Steak, Seared Prime Steak, and Seared Gourmet Steak.[3] Although Estan seems a bit annoyed with the nearby Rito, Frita, who is giving Estan the stink eye.[4] It turns out that Frita prefers to eat poultry instead of steak, of which Estan does not sell that.[5]