From Zelda Dungeon Wiki
Jump to navigation Jump to search
Want an adless experience? Log in or Create an account.
Frita 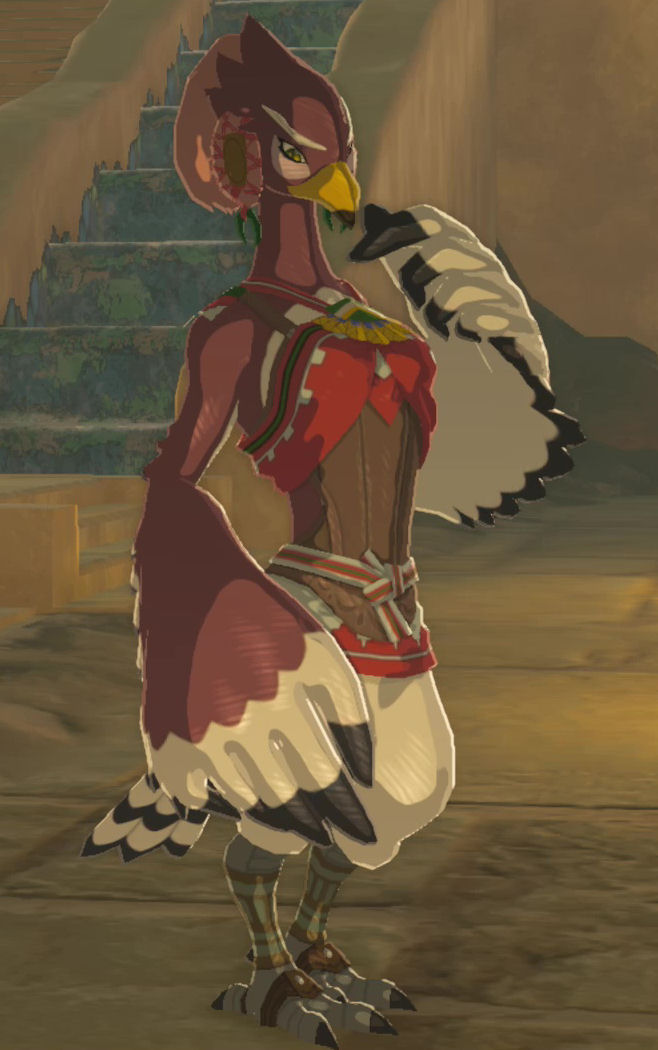 Frita is a character in Breath of the Wild.

Frita is a Rito who can be found visiting Gerudo Town. She stands in front of the meat shop that is run by Estan. Frita is trying to learn the Gerudo greetings, such as 'Sav'aaq', but she doesn't want to embarrass herself. She also doesn't want to sound like she's bragging, just because she knows another language.[1]

Frita is interested in the meat that Estan sells, but isn't quite sure what to get. She much prefers poultry, where as Estan only sells variations of Seared Steak.[2][3]

She is the only Rito found within Gerudo Town.[4] She really loves the place, because at nighttime the entire town is lit up. This really helps her out as the Rito don't really have good vision, but the lighting of Gerudo Town allows her to still be active at nighttime.[5]