From Zelda Dungeon Wiki
Jump to navigation Jump to search
Want an adless experience? Log in or Create an account.
Olkin's Pumpkins 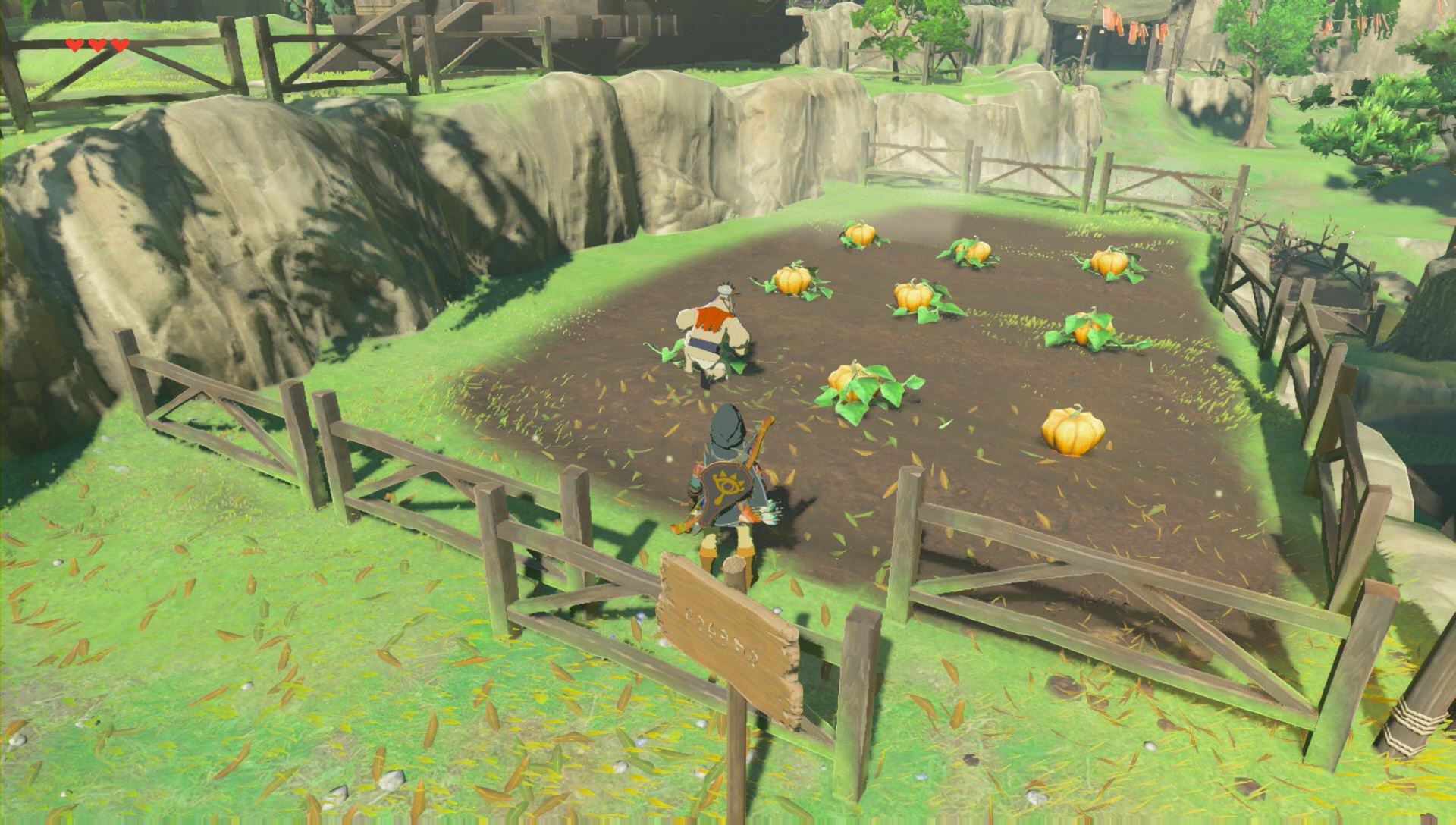 Olkin's Pumpkins is an outdoor garden shop in Kakariko Village. The garden is maintained by Olkin who sells Fortified Pumpkins. The store is open for business between the hours of 7am and 5pm and it is located right between Okin's home and Enchanted, the armor shop in town.

Olkin exclusively sells Fortified Pumpkins and they are available for purchase while Olkin is working the garden. Ideally, Olkin would prefer if the pumpkins were sold at the High Spirits Produce shop, but due to the rivalry Olkin has with Steen, this is not possible.[1][2]

Steen's wife Trissa is the owner of the High Spirits Produce and she highly recommends the Fortified Pumpkins that Olkin sells. She wishes to sell them, but cannot due to the rivalry between Olkin and Steen.[3]