From Zelda Dungeon Wiki
Jump to navigation Jump to search
Want an adless experience? Log in or Create an account.
Emri 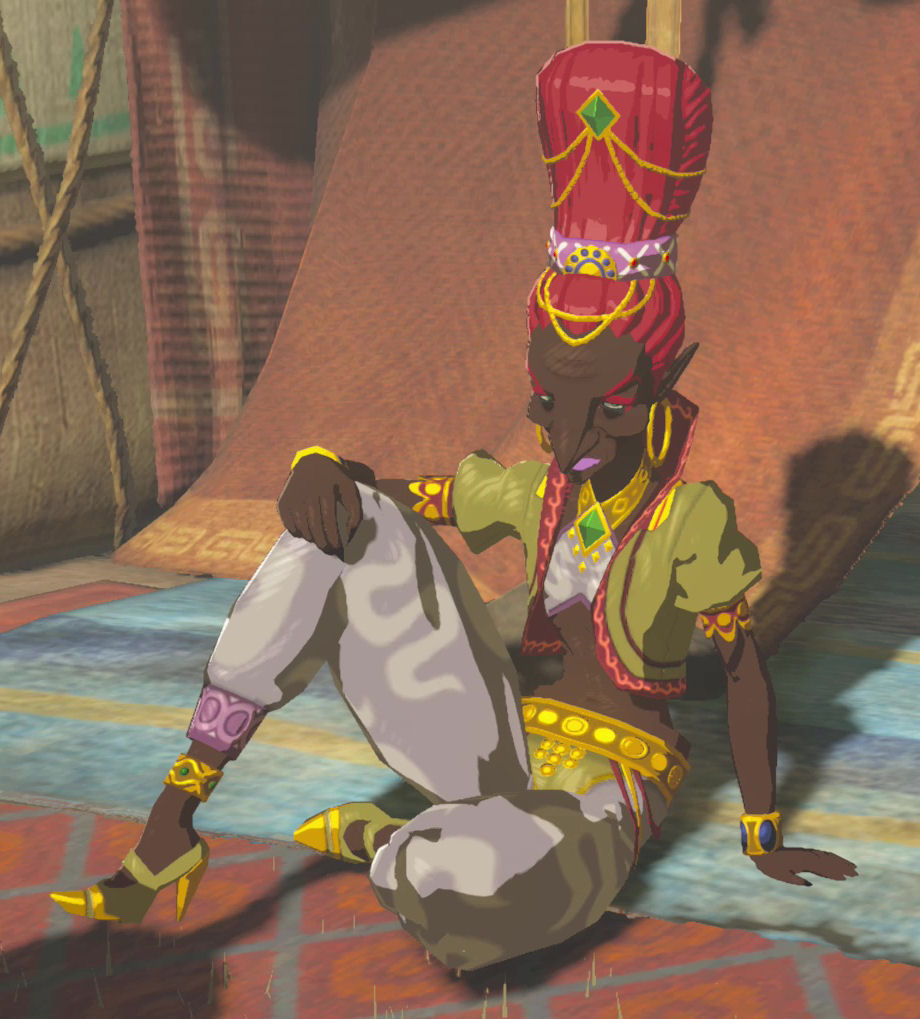 Emri is a character in Breath of the Wild.

Emri is a Gerudo merchant who has a fruit stand at the Kara Kara Bazaar. She is an elderly Gerudo who is always acting grumpy. She complains about work, thinking that an old women like herself should get a break.[1] Emri is very critical of Link, especially if he plans to cross the desert without using food which grants heat resistance.[2]

After talking to Emri a second time, she gets more agitated with Link, asking what he wants in a rude manner.[3] If Link tries to sell any items to Emri, she will complain about it and eventually encourages Link to sell his materials to other merchants.[4][5]

Emri sells Mighty Bananas, Hydromelons, and Palm Fruits. Hydromelons are her main product, where she says that she has more here than Link will find at Gerudo Town.[6] Even if Link purchases something from Emri, she will complain that she now has to go and get more of the product to sell.[7] In contrast to her plethora of Hydromelons, Emri sells only a single hand of Mighty Bananas, due to the Yiga Clan buying the rest of her stock.[8]

As part of the Forbidden City Entry main quest, Link can ask Emri if she has seen any suspicious merchants.[9] She mentions that she saw a woman dressed in full Gerudo garb, and tells Link that she frequents the Kara Kara Bazaar General Store. Emri thinks that there is more to the story, but doesn't like to poke around in another persons business.[10]