From Zelda Dungeon Wiki
Jump to navigation Jump to search
Want an adless experience? Log in or Create an account.
Failed Execution of Ganondorf 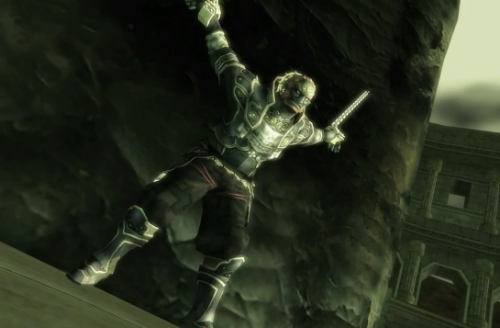 The Failed Execution of Ganondorf[1] is an event that takes place as part of the Child Timeline.

After the events of Ocarina of Time, Link was sent back into the past to relive his childhood by Princess Zelda.[2][3] With the knowledge of future events and the proof of the Triforce of Courage, Link told the young Princess Zelda of what would happen in the future.[4] The Princess then passed the information onto the Royal Family and Ganondorf was captured and sent to be executed.[5]

After Link makes his way through the Arbiter's Grounds, the Sages tell Link and Midna a tale:

Several years after he had been caught, the time for the execution of the Demon Thief dawns. Ganondorf is chained to a giant stone slap atop the Arbiter's Grounds, within the Mirror Chamber.[6] One of the Sages then draws the Sword of the Six Sages and thrusts it into the abdomen of Ganondorf. However, by a "divine prank",[7] the Triforce of Power shines bright on the hand of Ganondorf and he avoids death, killing the Sage of Water as he breaks free of his shackles.[8] In a rush of panic, the remaining Sages seal him within the Twilight Realm via the Mirror of Twilight.[9]