From Zelda Dungeon Wiki
Jump to navigation Jump to search
Want an adless experience? Log in or Create an account.
Era of Chaos 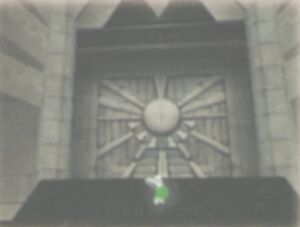 The Era of Chaos starts several years, post the events of Skyward Sword, in what was known as the Sky Era. This era involves the sealing of the Sacred Realm, after word got out about the ultimate power known as the Triforce. Many people lusted over this power and it was up to Rauru to eventually seal the realm.

Post-Skyward Sword after the defeat of Demise, the surface world that the Goddesses created became known as Hyrule. This was in respect to the Goddess who previously ruled over the land, Hylia. The people who descended from the sky became to be known as Hylians. This ancient race was born with distinct features such as their known to be famous pointy ears. These features were said to enable them to hear messages from the Gods. Hylians were also said to be born with a mysterious power.[1]

The Hylians became established on the surface after the defeat of Demise. It continued to be a peaceful place for many years until a new Era was about to commence, an Era filled with Chaos. By old tales and folklore, word got about the sacred power known as the Triforce. Many people sought to claim domain over this great power and it seemed the chaos had no end.[2]

Sealing of the Sacred Realm

One of the Six Sages sworn to protect Hyrule, Rauru the Sage of light, decided to put an end to the chaos. He intended to seal the Triforce within the Temple of Time, to hide the only known entrance to the Sacred Realm. Further protecting the entrance to the realm was the Master Sword and the three Spiritual Stones.[3] The stones were the key to unlocking the Door of Time where the Pedestal to the Master Sword lied. Within the Sacred Realm itself was the Temple of Light, this is where the Triforce remained, guarded by Rauru himself.[4]