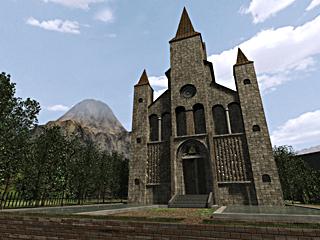 The Temple of Time was said to be the reason for the placement of Hyrule Castle in this period.

The Era of Prosperity was a historical era in which Hyrule was established. Chronologically it takes place after Skyward Sword and before The Minish Cap. This era is after the Era of Chaos, in which the Sacred Realm was sealed.

The Era of Prosperity is marked by the establishment of Hyrule Kingdom, by the people born of descent of the Goddess Hylia.[1] The Royal Family of Hyrule was also established during this era. This family charges itself with protecting the Triforce, and constructs Hyrule Castle near the Temple of Time to keep watch over the legendary relic.[2] The Royal Family also enforces secrecy about the Triforce.

Due to its strong blood ties to the goddess Hylia, many members of the family have special powers.[3] Zelda, the name of the first human incarnation of Hylia, is a common name among Hylian queens.[4]