From Zelda Dungeon Wiki
Jump to navigation Jump to search
Want an adless experience? Log in or Create an account.
Golden Frogs 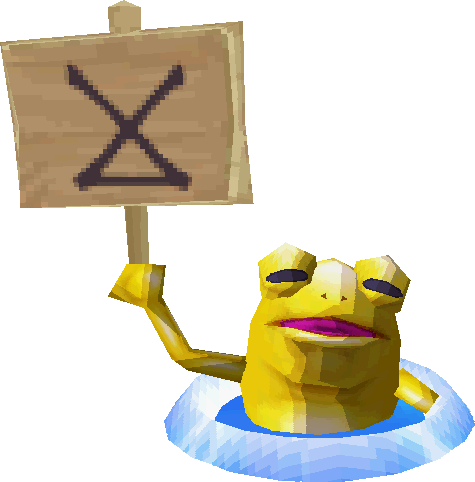 The Golden Frogs are found throughout the World of the Ocean King in Phantom Hourglass. There are six of them in total and they can be found splashing around the sea at specific locations.

Link cannot do anything with them until he has acquired the Cyclone Slate from Golden Chief Cylos at the Uncharted Island. After this point, Link can shoot the Golden Frogs found throughout the sea. They will then show Link a symbol and at any point there after, Link can draw that symbol on the Cyclone Slate, allowing him to warp to that part of the Sea.