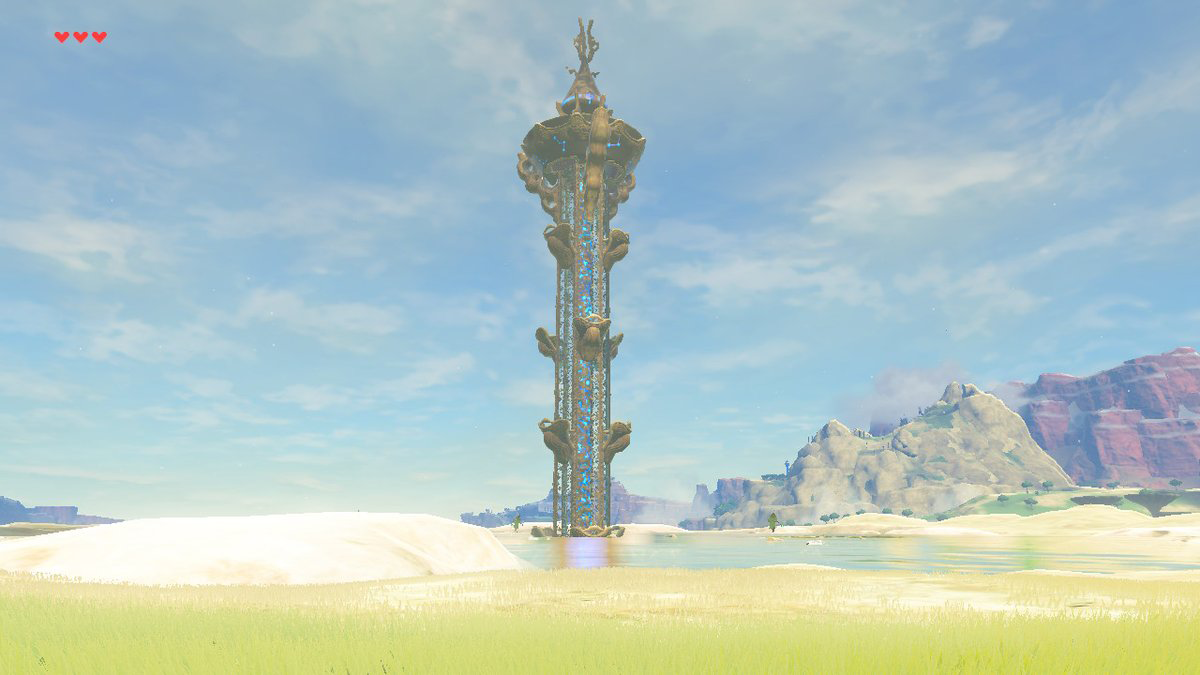 Ridgeland Tower is a Sheikah Tower within Breath of the Wild. It is located west of the Central Tower region.

The tower can be rather difficult to scale, as it surrounded by some deep water, with numerous Electric Lizalfos and Electric Wizzrobes in the area. The Electric Lizalfos each carry Thunderspears, with the Electric Wizzrobes having some Lightning Rods, which both will shock Link if they hit him. The Ridgeland Tower overlooks to Thundra Plateau and Ludfo's Bog. When Link first arrives at these areas, they are under persistent thunderstorms until Link completes the Trial of Thunder; the rain itself makes the tower slippery once scaling, further adding another obstacle. The tower itself is located in a wide valley, so paragliding from a mountain is not a feasible possibility; however, the tower can be reached somewhat safely using Revali's Gale, though Wizzrobes may still attack Link in the lower parapets of the tower.

In the water surrounding the tower, there are a pair of a treasure chests. The wooden chest floating just north of the tower contains five Fire Arrows. A second treasure chest can be found at the southwest end of the lake and it contains a Purple Rupee. The water has numerous Hyrule Bass and Staminoka Bass.

To the northeast of the tower, there are a group of Lizalfos surrounding a Cooking Pot. There are some cooked Roasted Bass that are attached to some Boko Spears around the campfire.

Atop the tower, facing southeast, the Hylian researcher Branli will prompt Link to complete the Bird-Man Research Study, where Link must paraglide the furthest away from atop the tower in order to gain prizes from him.

Breath of the Wild Sheikah Towers[edit][hide][show]
Retrieved from "https://www.zeldadungeon.net/wiki/index.php?title=Ridgeland_Tower&oldid=298650"
Category: