From Zelda Dungeon Wiki
Jump to navigation Jump to search
Want an adless experience? Log in or Create an account.
The NecroDancer 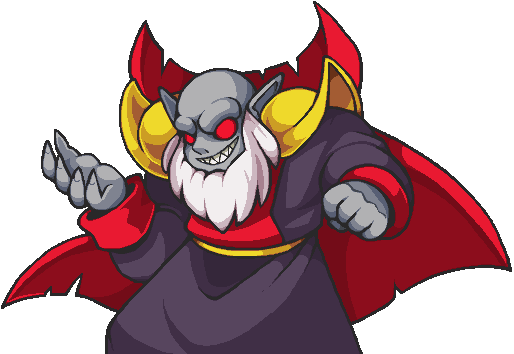 The NecroDancer is the final boss of "Octavo's Ode", Octavo's story in Cadence of Hyrule.

The NecroDancer will summon monster spawners in the corners of the room at the start of the battle. During this phase, he will walk around the room attacking in a plus shape around him. Ignore him for now (as this will only give you a moment of respite) and focus on the instruments that fall down. Destroying them all will start phase two.

The NecroDancer starts this phase by destroying all the enemies and enemy spawners. The upper platform will vanish, revealing a Triforce emblem. The NecroDancer moves to block it and summons multiple Green Stalfos and White Stalfos, as well as two monster spawners. Focus on the Green Stalfos, as the walls of the room will move inwards gradually. After defeating them, attack the NecroDancer from the side to push him out of the way. Step on the emblem to be raised up above the walls, which will close up and crush the NecroDancer, ending his tyrannical hold on Hyrule.