From Zelda Dungeon Wiki
Jump to navigation Jump to search
Want an adless experience? Log in or Create an account.
Frederick "Freddie" Merchantry 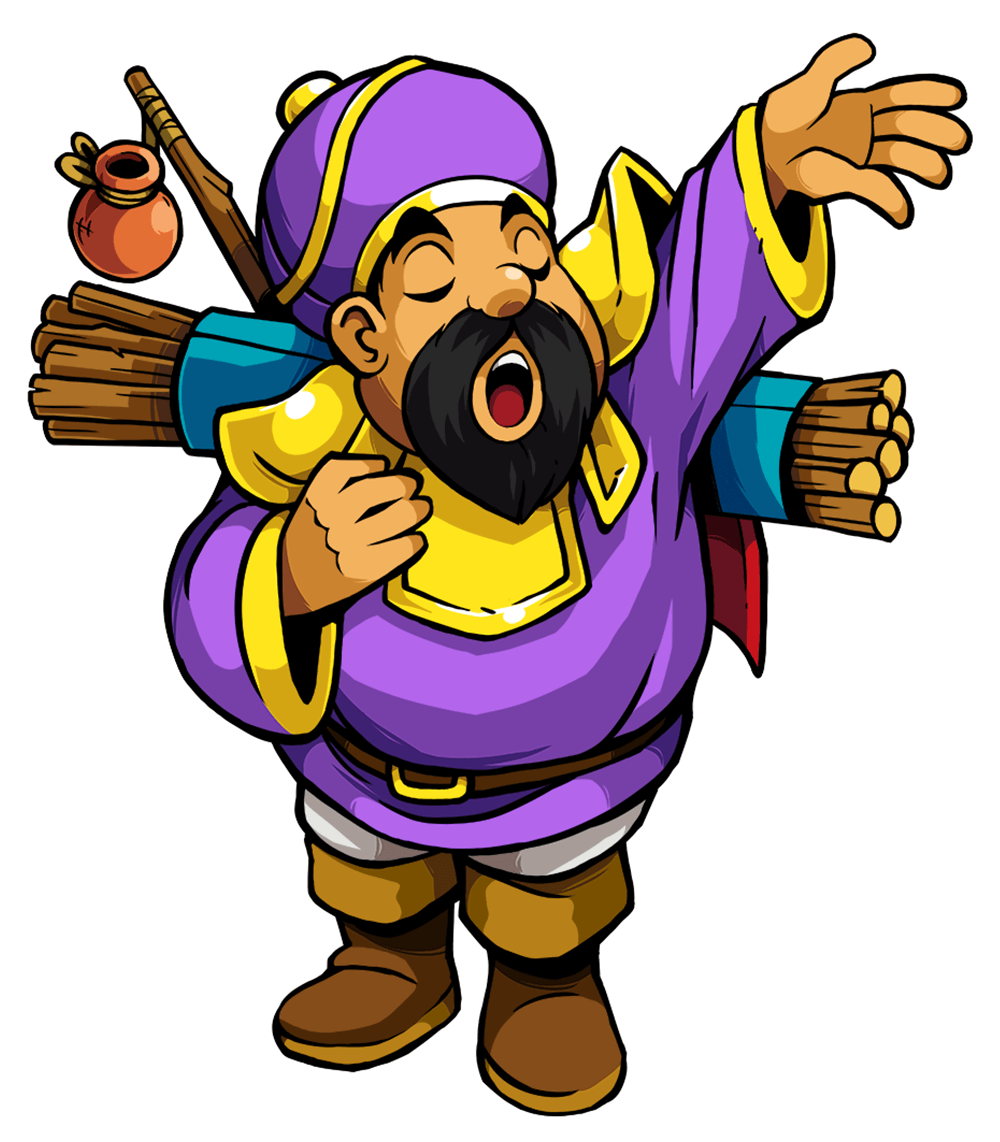 Frederick, full name Frederick "Freddie" Merchantry, is a wandering shopkeeper in Cadence of Hyrule. He frequently appears in caves and dungeons across Hyrule.

Frederick typically sells equipment (i.e. Torches and Shovels), though he will also sell items not allocated to chests when generating the map, as well as one Piece of Heart in each of the four dungeons. While he usually asks for Rupees, sometimes he takes hearts instead.

With the Cadence of Hyrule Character Pack DLC, Frederick becomes a playable character in Single-Character Mode or All-Character Mode. Frederick always starts with 100 Rupees and loses rupees over time. Upon running out of health or rupees, Frederick becomes a ghost, at which point players can collect rupees to save him. As a playable character, players can sell their equipment at shops, which causes a dummy modeled after Frederick to appear.