From Zelda Dungeon Wiki
Jump to navigation Jump to search
Want an adless experience? Log in or Create an account.
Gohmaracas 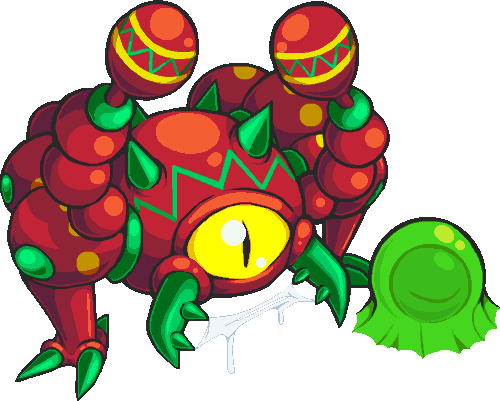 Gohmaracas is the boss of the Lost Swamp in Cadence of Hyrule.

As with any other Gohma variant, Gohmaracas's eye is its only weakness, and the skin around it is impervious, meaning the character must be directly in front of Gohmaracas. This position also makes the player vulnerable to the boss's beam attack, which shoots straight down the boss chamber. Furthermore, Gohmaracas can launch webs out that require dealing three points of damage to break free of, and it can also spawn Gohma Larva, however they are only a problem if their numbers get too high.

After taking enough damage to run out of health, Gohmaracas shakes its maraca-like antennae, revitalizing itself with six hearts. The battle will resume, but Gohmaracas now moves faster and has improved summoning and attacks. Specifically, it now launches out five webs: three forward and two diagonal. Quickly dispose of Gohmaracas to earn the Maracas and a Heart Container.