From Zelda Dungeon Wiki
Jump to navigation Jump to search
Want an adless experience? Log in or Create an account.
Four Elements 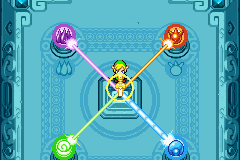 The Four Elements are the rewards of completing main quest dungeons in The Minish Cap. They are needed to create the legendary blade, the Four Sword. 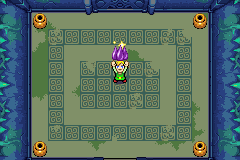 Link gets the Earth Element after beating a regular Green Chuchu on Deepwood Shrine, but, as he is Minish-sized, the ChuChu is a giant-sized threat.

This first element is only infused at the White Sword later on the game. 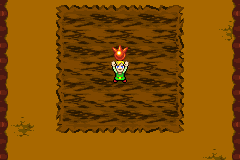 Link gets the Fire Element after beating its guardian, Gleerok, in the Cave of Flames. This element, together with the Earth Element, when infused in the White Sword, will increase the strength of his sword. 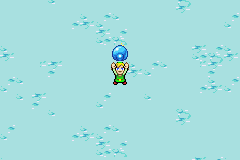 Link gets the Water Element early in Temple of Droplets, by melting the ice surrounding it. But when Link melts it, it will unfreeze Big Octorok, the boss of the dungeon, who will steal the element. This forces Link to beat him in order to get it back. When infused, the White Sword will get a power upgrade. 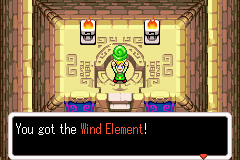 Link obtains the Wind Element after beating Gyorg Pair, the guardian of the Palace of Winds. When infused, the White Sword will become the Four Sword.