"This girl believes she's the reincarnation of the legendary hero. Armed with crossbows and her treasured compass, she's determined to save Hyrule Kingdom." 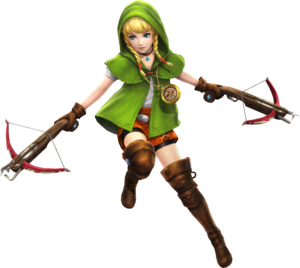